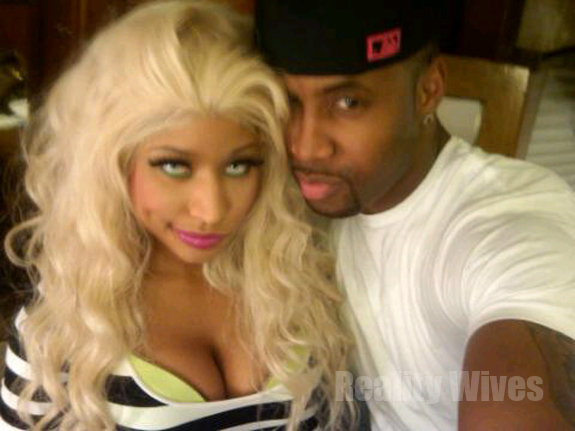 Nicki Minaj’s ex-boyfriend Safaree Samuels has sued her for physical and emotional abuse. Nicki went on twitter and ranted to all her fans about this injustice with the following tweets.

– Tweeted on the 5th that the 6th was my baby’s bday. Celebrated on the 6th for his bday (publicly). Served w/a lawsuit on the 9th. lol

– Two years later this poor excuse of a man is suing me & claiming to have been physically & emotionally abused. Lol. He’s so miserable.

– Look @ what “men” have become so that they don’t have to work. Fathers pls stay in your sons’ lives.

– You can’t even celebrate your happiness anymore w/o being victimized. Miserable ppl refuse to move on w/their lives.

– My man asked him to stop emailing me. I also asked him several times. This man can’t move on. It’s really sad. I have the emails to prove it

– U really want me showing these emails? I know u need a story line to be on reality Tv. God punishing u & u bout to get more!!!!!

– Calling my mother crying. I said I’d help. But as soon as meek asked him to stop emailing me it’s a problem. LEAVE US ALONE!!!!!! PLEASE!!!

– LIKE I CANT EVEN CELEBRATE MY MAN BDAY W/O THIS MISERABLE SON OF A BITCH TRYING TO EXTORT ME!!!!!

– Caught him stealing money and never prosecuted him!!!! Now I’m DOING IT. ENOUGH!!!!!!

– I can’t even make my man happy for his bday w/o this low life trying to make our lives hell. He miss those gifts.

– Y’all think social media is real life. Stop emailing me u miss me!!!! Putting on a show for the media then emailing me.

– U were abused my nigga? Look @ what you’ve become. Gods wrath is no joke. You will regret every lie u said about me.

– Imagine how it feels to have someone who gained so much off of your name refuse to let go & let u be happy.

– You can fool these blogs but God KNOWS! And u will suffer until u stop lying on me.

– I could never sue a person who gave me all they had to give. Accept that u messed up & move on.

– And some women would actually side with this leach just b/c they’re filled w/hate & jealousy.

– We have women out here HUSTLING… There’s no reason a healthy man can’t go out there & work & hustle just as hard!

– After I worked so hard for what I have, & shared so much, the greedy are never satisfied.

– Whatever isn’t rightfully yours will become a curse once u have it. The money u leaches win in lawsuits will never bless u. It will curse u

Something tells me that Nicki will NOT be releasing those emails any time soon, as they are incriminating to her. More details to follow. What are your thoughts? Post your comments below.

Skai Jackson vs Azealia Banks: A Twitter Beef | “When a no hip having 14 year old has more class than you. Worry about your career. Get one”