Sam Simon, Co-Creator Of ‘The Simpsons,’ Dies At 59 From Cancer 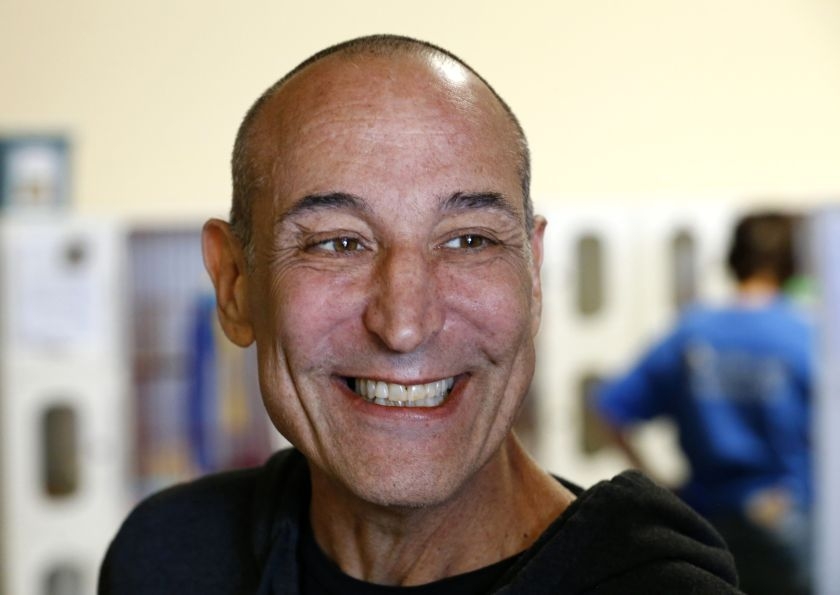 via Variety:
Nine-time Emmy winner Sam Simon, who wrote episodes of “Taxi,” “Cheers” and “It’s Garry Shandling’s Show” before co-creating landmark animated series “The Simpsons” and eventually becoming a philanthropist, died Sunday of colorectal cancer at his home in Los Angeles, his reps confirmed. He was 59 and was diagnosed with terminal cancer in late 2012.

“Simpsons” showrunner Al Jean also confirmed the news with a tweet on Monday.

Simon shared seven Emmy Awards for “The Simpsons” and two for his work on “The Tracey Ullman Show.”

In 1989 he developed “The Simpsons” with Matt Groening and James L. Brooks, and he subsequently co-wrote nearly a dozen “Simpsons” episodes during his tenure on the animated comedy, also serving as co-showrunner, character designer, creative consultant, creative supervisor, developer, and writer. He left the show in 1993 while retaining an exec producer title.

The animated sitcom, he said, gave him more freedom than live action. “You can draw animals and sets but the animated characters also have freedom. The Simpsons sometimes do things that real people wouldn’t do.”

“Sam Simon taught me everything about animation writing, and even more about life,” “The Simpsons” exec producer Al Jean said.

When Simon “turned to writing animation, he helped to give birth to something which changed the landscape of television and has given him a legacy that will live forever,” said Craig Miller, chairman of the Animation Writers Caucus of the Writers Guild of America West, speaking in November 2013 upon the announcement that Simon would receive the AWC’s writing award that month. Al Jean presented the award.

While there is plenty of credit to go around, Ken Levine, a writer on the series, has written, “I’m here to tell you, the real creative force behind ‘The Simpsons’ was Sam Simon. The tone, the storytelling, the level of humor – that was all developed on Sam’s watch.”

Though Simon left “The Simpsons” in 1993 — the early years of the series were internally contentious — he was still credited as an executive producer as the show continued to generate hundreds of episodes over more than two decades, and his severance package ensured that he was a very wealthy man who could spend much of his time on philanthropy and on hobbies outside Hollywood.