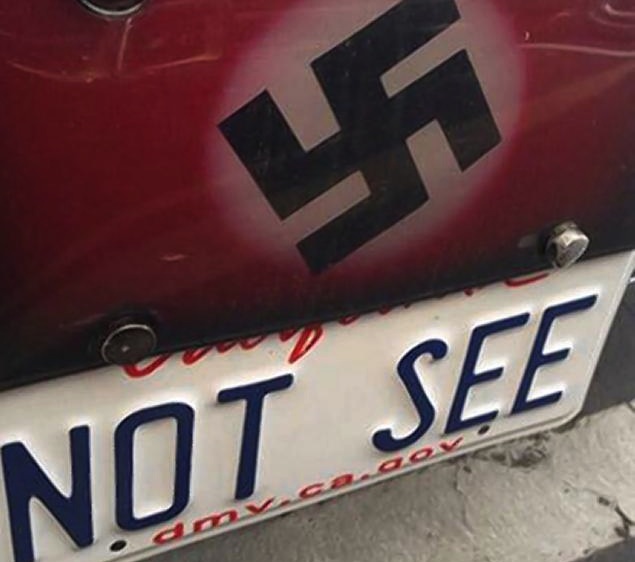 via NY Daily News:
A school bus driver has been slammed for his vanity license plates that read “NOT SEE” and appeared below a swastika. Shawn Calpito, who drives students to class in California, has been labeled racist for the registration he sports on his own private vehicle.

While the plates may not appear offensive at first glance, when read aloud and alongside the fascist symbol the intended message appears to be “Nazi.”

ABC News published a snap of the plates that was sent in by an angry viewer.

“It’s racism in the same way that the Southern flag is a symbol of racism to African-American descendants. It’s hate speech,” said Mike Buchman of Solid Ground.

“This stuff’s out there, and if you want a better world, you have to point it out,” said the communications director of the non-profit agency that targets institutional racism.

Calpito, from Kearny Mesa, has not commented on the incident, but ABC reports that, by Wednesday, both the front and back plates had been removed.