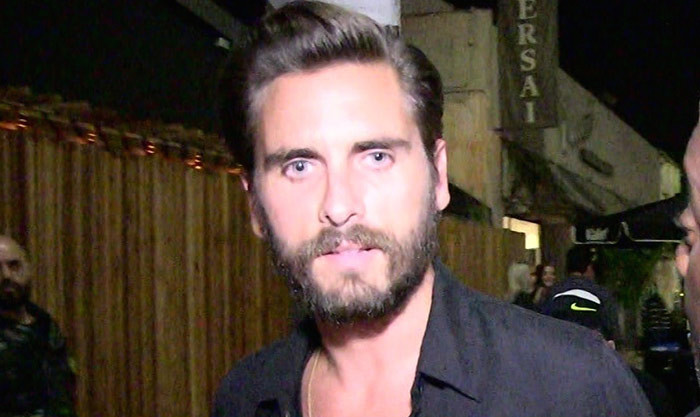 via TMZ:
Scott Disick is back in rehab … partly in hopes of winning a victory in his child custody battle.

Sources connected to Disick tell us he checked in last weekend to a facility in Malibu, and has not only admitted he has a problem … but cut ties with some of his usual party pals.

We’re told Disick took the leap because of his kids — he’s gunning for unsupervised visits. He’s told friends Kourtney Kardashian won’t let him have unsupervised visitation until she knows he’s clean. Us Weekly first reported Scott’s effort to get clean.

Disick made an abbreviated run at rehab earlier this year when he went to a center in Costa Rica that used hallucinogenic plants for treatment. He lasted a week before bailing.

Scott’s decision to enter rehab came, coincidentally, just as Lamar Odom was going off the rails in Nevada.

How The Kardashian & Jenner’s Exploit & Destroy For Reality Ratings