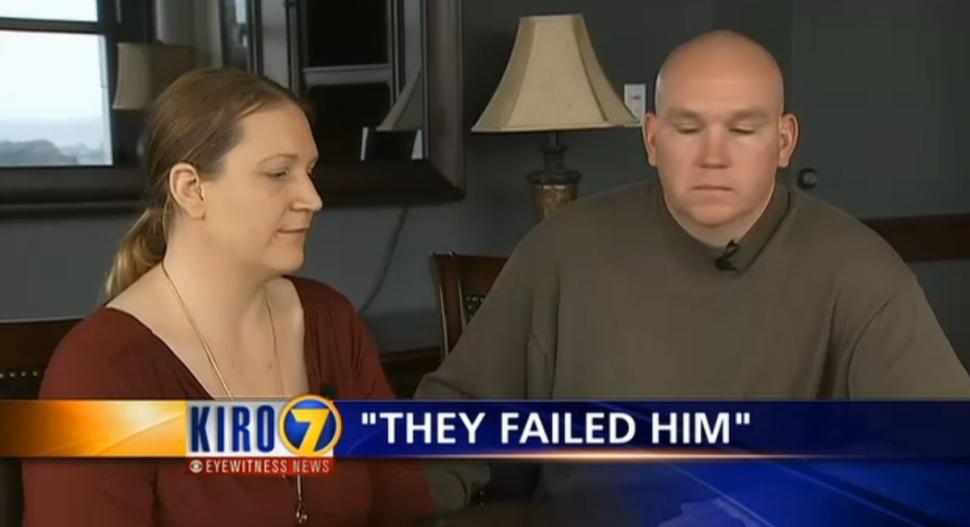 via KIRO 7:
Foster parents who adopted a 12-year-old boy in 2013 and later found out he had molested their other children, are suing the Department of Social and Health Services.

The boy, whom the adoptive parents say is now convicted of child molestation, lives with his adoptive father’s parents in a separate house they pay for, because he is not allowed to be with his siblings who are victims.

The parents’ lawsuit was moved to federal court this week and alleges their social worker and the state failed to inform them of crucial reports about their adopted son.

Trish and Steven, who did not want to use their last names, now have seven children: four biological and three adopted.

By March 2013, they had adopted their three children who were previously in their foster care. But two months later, Trish said they discovered their 8-year-old biological son was making sexual gestures.

He told Trish that was what his oldest brother, the recently adopted boy, had done to him.

“I was getting scared,” Trish said. “Then he said, he does this to our other one too. I lost it. I was crying.”

After discussions with their other children, they verified all of them had experienced the same thing. While she said she had often talked to them about not letting adults touch them inappropriately, the children told her they thought it was OK, because their brother was not an adult.

Trish said she was not informed of the child’s previous incidents.

“I also found there was a safety plan put in place for him in another home, where he wasn’t even supposed to be in the same room as younger children,” Trish said.

Steven said after they immediately called DSHS, the department began an investigation on them.

DSHS would not share that investigation with KIRO 7. But a spokesperson sent this statement about the lawsuit:

“We are working with our partners in the Office of Attorney General to review this lawsuit filing. At this point, it contains allegations that will be proven or disproven in court, and we do not intend to try the case in the media.”

KIRO 7 found a memo included in the lawsuit sent from the state’s Office of the Children and Family’s Ombuds to Trish in March 2014. It stated that the “decision to place and maintain this youth in your home was unreasonable.”

She wrote that “the errors are inexcusable” and “failure to share pertinent history…is unacceptable”.

“Not only did the state fail us, they failed him,” Trish said.

Trish and Steven told KIRO 7 they want to see the state take accountability for this, even as they stay committed to helping their adopted son.

“Throwing him away his not an option. We’re still trying to do everything we can,” Steven said.