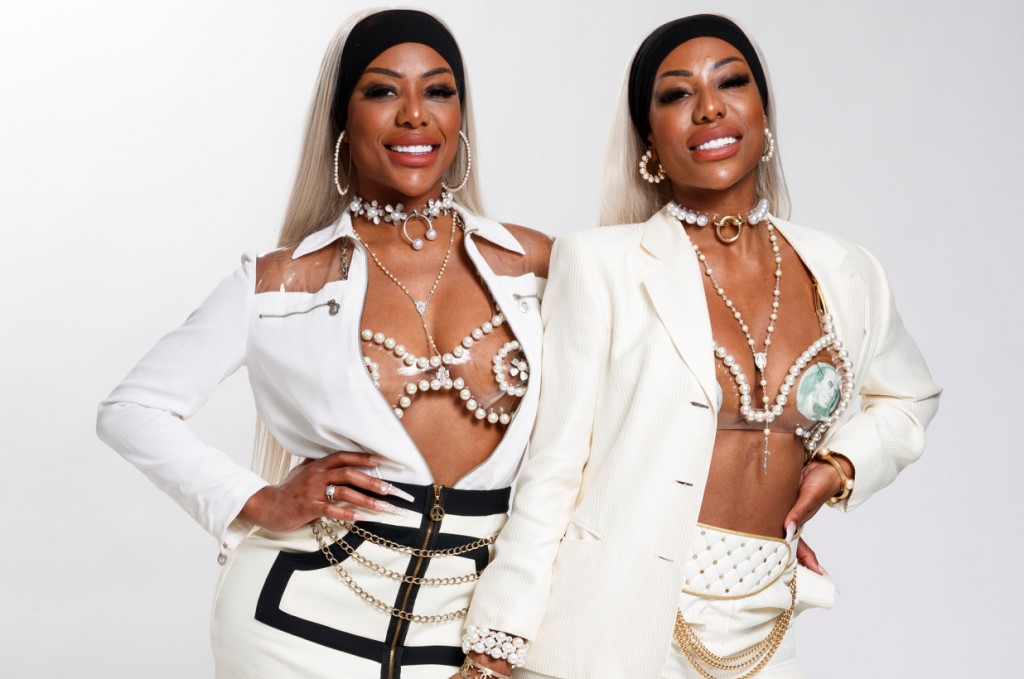 Shannade Clermont made her reputation on being “bad.”

As one half of the Clermont Twins, she shot to social media fame after a 2015 stint on the Oxygen reality TV show “Bad Girls Club,” where she and sister Shannon stole every scene they were in, thanks to their glamorous get-ups, matching mini Yorkies and antagonistic antics.

In April, Shannade, 25, was sentenced to a year in prison after pleading guilty to wire fraud for stealing debit card information from James Alesi — whom, she told The Post, was her “sugar daddy.” 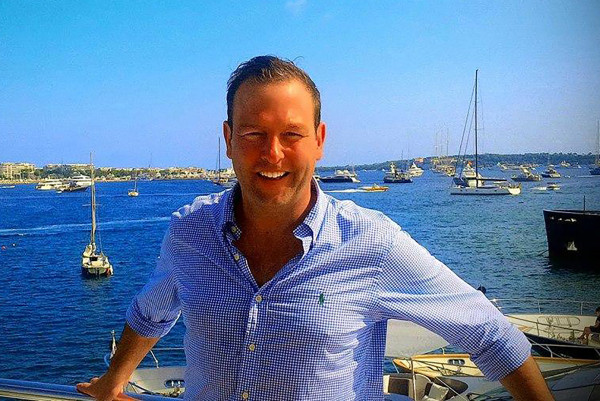 Worse, it happened on Jan. 31, 2017 — the night Alesi, a 42-year-old real estate broker, overdosed and died following what prosecutors described as a $400 “prostitution date” with the influencer at his Manhattan apartment.

“He wasn’t asleep when I left — he was just drunk. I have never been around people who have been on heavy drugs, so I didn’t really know. It was like, ‘Oh, he was a drunk mess.’ I was annoyed . . . [I thought] he was playing games. So I just left,” an emotional Shannade told The Post.

She admitted she took his card and, over the next few months, went on a $20,000 shopping spree, using it to pay her rent, purchase flights and splurge on Valentino shoes, a Philipp Plein jacket and Beats headphones, among other luxury items.

But it turned out Alesi wasn’t playing. The day after their date, he was found dead in his East 53rd Street apartment from an overdose of cocaine mixed with fentanyl. 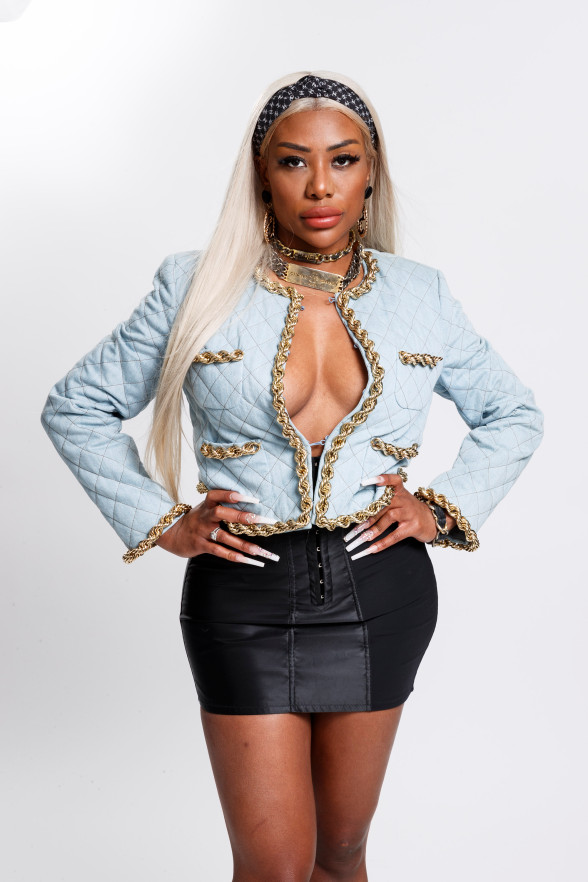 Shannade said she didn’t find out Alesi had died until later, but she agrees the situation looks bad.

“From the outside looking in, it looks like I knew he was dead and was like ‘haha’ … and that’s really sick,” said Shannade.

Shannon, also at The Post’s interview, defended her sister, saying it’s “sick” anyone could think that Shannade knew Alesi was dead or dying and that she didn’t call 911.

But Shannade has faced public criticism — after all, she kept spending even after Alesi’s death — thanks in part to the sisters’ often brash, shameless personae.

Still, she maintains there’s more to her than what you see in the news and on social media, where the sisters boast 1.3 million Instagram followers on their shared account.

She says she is a businesswoman with a strong work ethic and a genuine love of fashion and beauty, not some coldhearted gold digger obsessed with fame and fortune.

And she insists that she didn’t lead Alesi down any bad paths.

“The thing was, he was known as a sugar daddy — very known. He’s not, like, an innocent person,” Shannade said.

The Clermont Twins were born in Montclair, NJ, the youngest of five children, but largely grew up in Dallas, Ga., where they moved at age 9.

Their dad, from Haiti, owned a moving company, and their Jamaican mom ran a day care. The parents stressed the importance of hard work and good grades. But the twins longed for a more glamorous life.

“It was our aunt that would bring us to fashion shows at a young age in New York. She made her own clothes, and we were so fascinated by it,” said Shannon.

They say they later attended fashion school in New York, with Shannade graduating from Parsons and Shannon from the Fashion Institute of Technology. But before getting their bachelor’s degrees in 2016, the twins took some time to film “Bad Girls Club” in 2015.

“It was not like we wanted to be bad girls. I don’t feel like we really prepared ourselves [for being on a reality series] … We thought we’d show up, show our style,” said Shannon, adding that she and Shannade thought the show would be good exposure as they pursued their own fashion empire.

The twins got kicked off the show halfway through filming — for threatening castmates during an argument — but it only raised their profile. Soon they were starring in a music video for Future, posing as Kim Kardashian clones for the Yeezy Season 6 campaign and attending shows at New York Fashion Week.

They said they also interned at fashion brands including Saint Laurent and Sherri Hill before starting their own clothing line, Mont Boudoir, in 2017.

“We are relaunching with sunglasses. We’re hoping to get a sample next week because we want to shoot it before Shannade goes [to jail]. We want people to think of us as fashion creatives. We are entrepreneurs, we are models, we do runway [shows], we do music videos, we do campaigns. We work hard,” Shannon said of their future plans.

That hard work can look a lot like play — at least on Instagram. The twins’ account is full of not-safe-for-work photos of them in an array of matching wigs and skimpy designer duds.

The images give the impression of a glitzy life of travel and money — with the women showing off their very plumped-up pouts and posteriors. (Both admit to having plastic surgery on their lips, cheeks, chin and butt — “everything besides our boobs,” said Shannon.)

But while social media has provided the Clermont Twins with partnerships and moneymaking opportunities, they claim it has also been a curse.

At Shannade’s sentencing in April, her lawyer, Jeffrey Lichtman, said the model was “reduced to trolling the internet for prostitution dates” for money to fund her luxe life.

The sisters told The Post that the judge considered their active Instagramming while the trial was ongoing proof of Shannade’s disreputability.

“I don’t know what they expect us to post — like, us crying or looking sad?. We don’t post our daily struggles or how I feel every day. I just feel like the judge had her mind made up. She kept talking about our social following. She said, ‘We need to use you as an example to your followers… She didn’t feel like we have suffered,” said Shannade, adding that they had to turn down club-hosting and modeling opportunities after the trial and before her sister’s sentence hearing, because Shannade had to get permission from the judge every time she wanted to travel.

And this proved a problem, financially, after Alesi died.

“I mean, I didn’t love him; I liked him. [He] was just someone who took care of me,” Shannade said.

At the sentencing, Alesi’s sister read a statement to the court alleging the incident “was all calculated in advance, done out of greed and with malicious intent.”

“My brother died, and [Shannade] went shopping,” the sibling said.

Shannade claims Alesi’s family members “don’t really know his lifestyle. I mean, he’s been in and out of rehab for years. Like, you knew he had a drug problem, why am I the one to blame for that?”

The sisters were shocked when the sentence was delivered. They had thought Shannade’s presentence interview, detailing her suicidal ideation and how the twins had started The Clermont Foundation to raise awareness for mental health, would help her evade jail time.

“We actually felt blindsided, because [the lawyer] told me [Shannade] was not going to serve any time,” said Shannon.

Instead, the judge said, “When faced with a real test of character, Ms. Clermont chose to leave [the victim’s] apartment with his debit-card information without calling 911. No foundation, established after her arrest, can account for that lack of character.”

With Shannade due to report for prison on June 4, the twins are scared about being apart. Asked about the impending separation, they both broke down in tears.

“I have to be strong for her, because I usually cry when I am alone or when she’s not around,” said Shannon.

“I’m not posting by myself. Now if it’s just one of us, we don’t post: That’s our brand,” Shannon said.

Meanwhile, Shannade — who will be in a low-security prison in Los Angeles, where the siblings now live — is already thinking about her beauty regime behind bars.

“My wig has to come off, but thank God I have hair,” she said, adding that she might bleach her locks blond so as to create an ombré effect as her dark roots grow out. She’s also been researching how women in jail take care of their tresses.

“They use masks like oatmeal and avocado. I could try foods and stuff,” Shannade said.

But she suspects that her time in the slammer will have her pondering more than just her looks.

“I think I want to actually learn some law, because I feel like I was misinformed about this whole process,” Shannade explained taking a page from pal Kim Kardashian who has said she is studying law.

Kim hired the twins to help promote her new sunglasses collaboration with Carolina Lemke, posting photos from the campaign after the sentencing. Shannade hopes Kardashian will visit her in prison.

“Kanye West and Kim — that would be pretty cool,” she said.

“We really can’t speak on it, but we are still working with Kim Kardashian. She is giving her support,” said Shannon.

Kim did not respond to The Post’s request for comment.

Despite their trepidation about the next 12 months, the twins have big plans. Shannade wants to write a memoir in jail, and the two will continue building their empire.

“In five to 10 years, we want to be a huge fashion house. We want to be the next Mary-Kate and Ashley ­[Olsen, actors-turned-designers],” said Shannade.

In addition to their new line of sunglasses, the twins plan on launching a lower-priced collection of athleisure wear, such as hoodies and T-shirts emblazoned with “That Bitch” and some of their other catchphrases from “Bad Girls Club.”

They also may pursue acting careers. Shannade told The Post that she would have loved to have been cast in the upcoming Jennifer Lopez film, “Hustlers,” about a band of strippers who steal from their rich Wall Street clients.

“I feel like this may have happened for a reason. God already has his plan, and I’m just going to the path and living it. Look at TI and Gucci Mane. Many people have been incarcerated and they come out stronger. Look at Martha Stewart,” Shannade said of her arrest and prison sentence.

As for now, “I have been going to church and just praying a lot. It hurts because I hurt the people around me,” said Shannade. 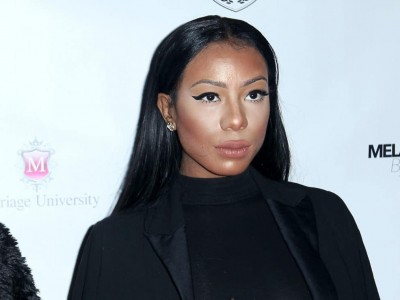 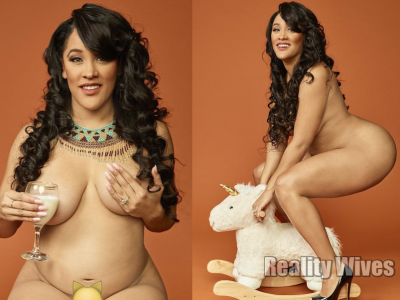 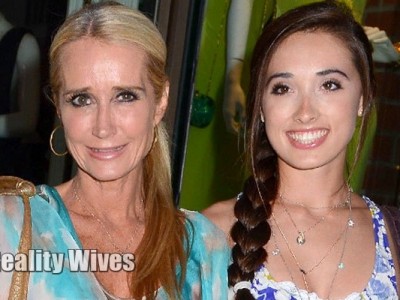