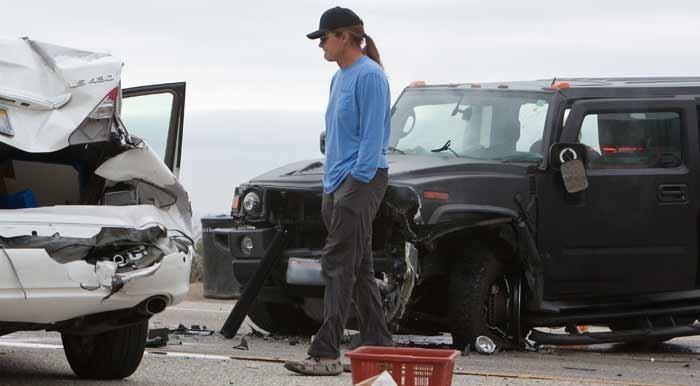 via TMZ:
The L.A. County Sheriff’s Dept. has completed its investigation into the fatal Caitlyn Jenner car crash, and we’re told the Sheriff concluded Jenner violated the vehicular manslaughter law and will send the case to the D.A.

We’ve learned the Sheriff’s Dept. concluded in its 161-page report that Jenner “set off a chain of events” that led to the death of a motorist on Pacific Coast Highway in February, and the report says Jenner violated the law by traveling at an unsafe speed.

Law enforcement sources tell TMZ, the report concludes Jenner was traveling under the speed limit but going too fast for road conditions. The report explains traffic was either stopped or just starting to move when Jenner slammed into the Lexus in front of him. As one source put it, “He should have either been going 0 or just barely rolling.”

We’re told the case will be presented to the L.A. County District Attorney for review next Wednesday.

If convicted, the offense carries a sentence of up to one year in county jail.