We reported that Tyga, 25, and Kylie Jenner, 17 were engaged to be married. Well it appears that the young couple’s short engagement has hit a snag. Miss Toni, the mother of Blac Chyna mother to Tyga’s toddler son went off on Kris and her husband or wife Bruce Jenner. Miss Toni claims that Kris told Kylie to cool it with Tyga until his custody battle with Blac Chyna was over. It appears that Miss Toni is on Tyga’s side and tells Kylie and Tyga to go ahead and get married. 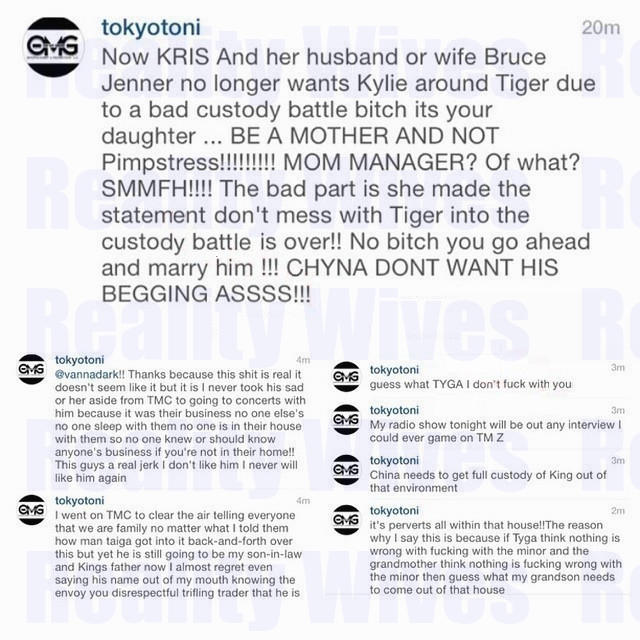