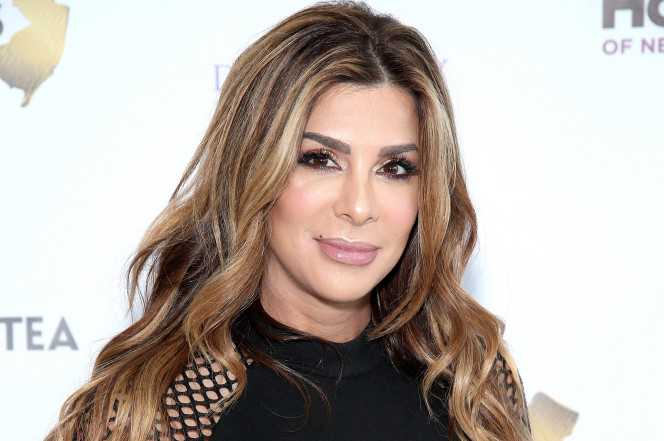 Siggy Flicker has officially decided to leave the Real Housewives Of New Jersey after only two seasons. Siggy, 50, joined the show in season 7 but the current season has been very tense for her. Viewers witnessed her feud with Margaret Josephs heat up when the group went to Milan and Margaret accused Flicker of being “anti-Semitic” after she made a comment about Adolf Hitler.

“Looking back at the show I truly wanted to make a difference for Jersey and in Jersey and I realized that I had too many obstacles working against me and I couldn’t do it. I feel like I lost the battle but I won the war because at the end of the day, everyone’s goal should be … to be happy. And there is nothing more that I love than myself, my husband and my family too much for them to be unhappy and for me to be unhappy,” Siggy tells US Weekly.

“I came on to [‘RHONJ’] to make Jersey proud/ I really wanted to bring sunshine into a franchise that was going dark and when Teresa was being released from jail, I discussed with Jacqueline [Laurita] coming on with Dolores to bring light and positivity. The other franchises have a touch of that. I felt like Dolores and I had an opportunity, but I had too many obstacles coming against me. At the end of the day when you have a relationship and when it isn’t working you have to get out,” Siggy told Page Six.

Sources claim, Siggy felt she got a rough edit this season and feels ‘betrayed’ by production. “There’s not a chance she’ll go back. She feels liberated,” the insider added. The show also, “focused on Siggy’s reactions and not her interactions,” she felt “singled out.” Although she felt Dolores Catania was her “rock”, throughout the serason.

Another insider claimed that Siggy was “very difficult” to work with this season. “She was not going to be asked back. Fan reaction about her has been very negative, especially with what she has posted on social media.”

Also, “Bravo wasn’t asking her back. No one wanted to work with her anymore. She was spiraling completely out of control, so she wasn’t going to be asked back. This was a very cordial way of mutually desisting her off the show. It’s the best thing all around.”

Siggy also gave the following statement to Bravo: “After much reflection and Bravo’s support, I have decided that this will be my last season on The Real Housewives of New Jersey. I am grateful to the network for allowing me to be part of this successful franchise and wish only the best for Teresa [Giudice], Melissa [Gorga], Dolores, Danielle [Staub] and Margaret. At this time, I want to focus on my beautiful family, my growing business and some exciting new projects.”

So it seems like production wasn’t going to invite Siggy back so she took it upon herself to quit. What are your thoughts? Post your comments below.