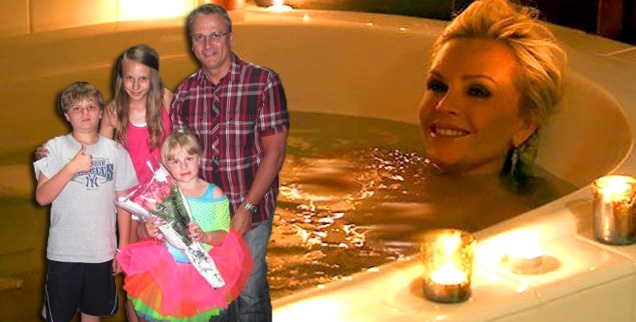 Simon Barney the second ex-husband of Real Housewives of Orange County star Tamra Barney, has told a California judge that the couple’s three children should not be allowed to appear on the Bravo’s former hit scripted-reality show because they have suffered “consistent embarrassment” due to their mother’s behavior. Simon said the couple’s children, Sidney, 15, and Spencer, 13, had experienced “social ridicule” after scenes were aired depicting their mom’s “head in naked strippers crotches, sex toys and sexual comments” during season 8 of the program. Simon and Tamra also have another daughter, eight-year-old Sophia.

The consistent embarrassment includes but not limited to:
Being intoxicated, sex, bad behavior, several X-rated scenes involving Tamra (including one that showed her naked in a bath tub being intimate with her then boyfriend, current husband, Edward Judge, her nipple and boob were visible in the video).

Simon also claims Tamra has also had her vagina waxed on camera, with several men, other then her husband-to-be, present in the room.’

Tamra has also filed her own paperwork in court last week to argue she should be allowed to act alone and have her children appear on the show.

But according to Simon, ‘all major decisions pertaining to health, education and day care shall be made jointly by the parents. She is seeking to take away my right to parent and make decisions regarding the lasting effects and impacts the show may have on my children. This is not a unilateral ‘routine’ decision, it is a ‘major decision’ that must be made jointly.’ he said.

Simon as you know appeared on the show between 2007 to 2009, where he was painted as a archaic caveman I agreed with some of the things he said, for example, Tamra doesn’t have to dress like a whore to be sexy. Simon blocked their children from appearing on Tamra’s 3 episode spin-off, Tamra’s OC Wedding.

Tamra states in her claims: “The Petitioner makes numerous adverse references regarding my character in his declaration by highlighting only a small snapshot of scenes that I have been involved. From a positive standpoint, I do not have to hold myself accountable to the Petitioner anymore for what I do on my own time. I am currently in a happy and “healthy” marriage for the first time in a very long time. My husband and I having ‘fun’ at a bachelorette/bachelor party is not atypical of what other soon-to-be spouses do prior to getting married. In any event, we do not involve the children in any of these scenes and the Petitioner’s self-serving declaration and exhibits verify this fact.”

“Petitioner attempts, in his response, to fit my request to adhere to Sophia’s wishes to film with me into the category of a ‘major decision. This is simply not the case. I don’t need Petitioner’s approval to allow Sophia to participate with me during my filming under our existing order. Again, it is the Petitioner’s threats to the network that have created this situation. The scenes that Sophia would be involved in would be family oriented type scenes i.e. like getting ready for school, eating dinner as a family, birthday party, etc. The type of scenes mentioned by the Petitioner, which were obviously selected by the Petitioner to portray me in a bad light, would not be the type of atmosphere that Sophia would be exposed. In light of Petitioner’s threats, the only types of scenes I am currently involved in are with the other cast members, without our children present. While the Petitioner may not agree, I like to think that this case pertains to “our” children. The Petitioner spends the entirety of his declaration demeaning me. Petitioner’s declaration has no vale other than to posture his case.”

Whether or not the children will be allowed to appear on camera will be decided by a judge on December 20. What are your thoughts? Post your comments below. 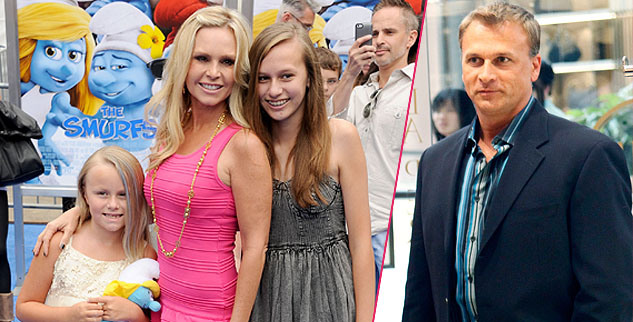 More in Real Housewives Of Orange County (196 of 364 articles)