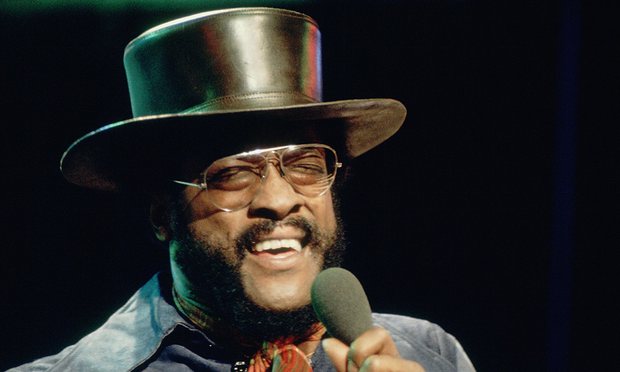 Philadelphia soul singer Billy Paul died at the age of 81 Sunday morning, according to his manager.

Manager Beverly Gay told NBC10 that Paul, born Paul Williams, was recently diagnosed with cancer and was hospitalized last week at Temple University Hospital. He died Sunday at his home in Blackwood, New Jersey, according to Gay.

A message was also posted on Paul’s website confirming his death.

“We regret to announce with a heavy heart that Billy has passed away today at home after a serious medical condition. We would like to extend our most sincere condolences to his wife Blanche and family for their loss, as they and the world grieves the loss of another musical icon that helped pioneered today’s R&B music. Billy will be truly missed. Please share you thought, messages and stories of Billy as we remember this legendary artist, family member and friend.”

Born December 1, 1934 in Philadelphia, Paul began his music career at the age of 11 when he appeared on local radio station WPEN. He also attended the West Philadelphia Music School and the Granoff School of Music where he received his vocal training.

Early in his career, Paul performed at several clubs and college campuses with many jazz and soul music legends, including Charlie “Bird” Parker, Nina Simone, Miles Davis and Roberta Flack. After serving in the Army, where he was stationed with Elvis Presley, Paul released his debut album “Feelin’ Good at the Cadillac Club” in 1968 on legendary producer and Philly soul pioneer Kenny Gamble’s Gamble Records label.

Paul gained his greatest success when he released his 1972 single “Me and Mrs. Jones,” which was written and produced by Gamble and Huff. The song was the number one single on the Billboard Hot 100 and R&B singles chart and received a Grammy Award. The song also received newfound attention decades later when singer Michael Buble released a cover version in 2007.

In all, Paul released 15 albums(not counting a 1973 reissue of “Feelin’ Good at the Cadillac Club”) between 1968 and 1988. While he never again matched the mainstream success of “Me and Mrs. Jones,” he is recognized by many as a pioneer and important figure in soul music, known for his socially conscious lyrics. According to Paul’s website, Questlove of the Roots once compared him to Marvin Gaye and Stevie Wonder, calling him, “one of the criminally unmentioned proprietors of socially conscious post-revolution ’60s civil rights music.”

“We are very saddened to learn of the sudden death of our good friend and Philadelphia International Records recording artist Billy Paul. From the time we saw Billy performing live, and then signing him to our PIR/TSOP label, we immediately realized that we had discovered and launched one the most unique voices in the music industry. Billy’s voice combined both Jazz, R&B and Soul vocals, making him one the great artists to come out of Philly and to be celebrated worldwide. Our proudest moment with Billy was the recording of the salacious smash ‘Me and Mrs. Jones.’ In our view, it is one of the greatest love songs ever recorded. Billy was one of the first artists to help launch the PIR/TSOP brand, and he will forever have a special place in music history.”

“We send our very sincere and personal condolences to his wife Blanche and the rest of his family. Billy Paul will truly be missed.”

What Is Going On With Lil Kim? Looking More Kim 張, Than Kim Jones