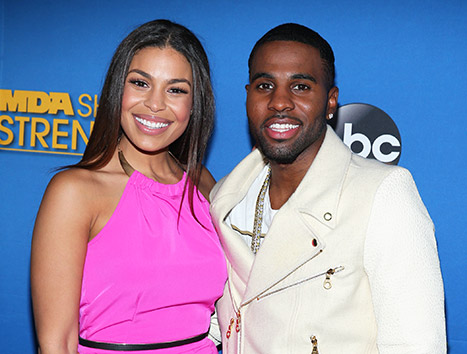 via E! Online:
Jordin Sparks and Jason Derulohave split, multiple sources confirm to E! News. We’re told that their breakup was mutual, but they still care very deeply for each other and will remain in each other lives as friends.

Derulo first confirmed the duo’s romance in January 2012, although the pair was first romantically linked as early as September 2011.

The now former couple was never shy about putting their love on full display, often posing together on the red carpet, sharing steamy selfies on social media and even gushing over each other during interviews with the press.

The duo most recently attended the 2014 MTV Video Music Awards together late last month, where the pair coordinated their outfits, rocking all-white ensembles. Sparks also told E! News that she would be going on Derulo’s upcoming Talk Dirty tour and the pair even dished on their ideal date nights.

Last year, the two sparked engagement rumors when the 25-year-old recording artist proposed to Sparks, 24, in the music video for “Marry Me,” which was inspired by their real-life romance.

“It is about Jordin, actually,” the singer told E! News of the single at the 2013 MTV Video Music Awards. “And it’s talking about how amazing it will be when I get down on one knee and it will be the greatest moment of my life.”

He added: “You can’t fake anything because true love is true love, and that’s the basis of our relationship.”

Nearly one year later, the engagement speculation was still in full swing when E! News caught up with the “Wiggle” crooner and asked him if he had any plans to pop the question soon.

“When the time is right for sure,” the handsome singer revealed, playing coy on an engagement timeline.

The singer also previously praised Sparks for being instrumental throughout his recovery after he broke his vertebrae back in January 2012 and later told E! News that it was after that moment he “definitely” knew Jordin was the one.

“Of course we have our problems just like anybody else,” he admitted to us last month. “But our relationship is a positive one and that’s good for people to see in today’s entertainment industry.”

Sad news for fans of the happy pair! Wishing you both all the best. 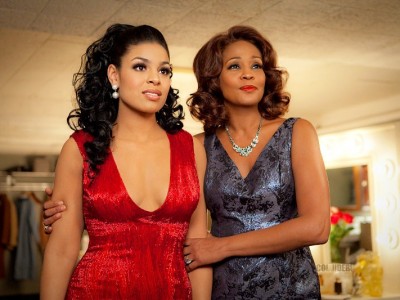