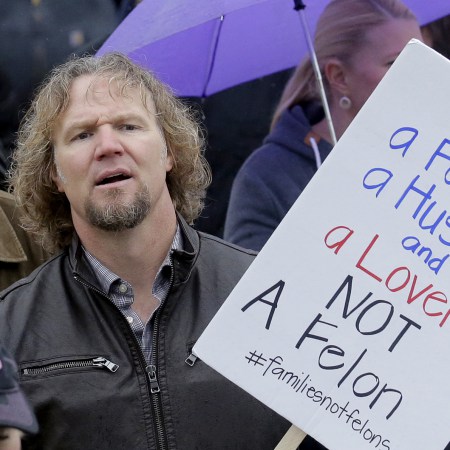 big·a·my [ˈbiɡəmē/]
noun the act of going through a marriage ceremony while already married to another person.

The success of TLC’s adulterous show Sister Wives has given millions of people a view into the life of an adulterous situation, (the practice or custom of having more than one wife or husband at the same time). On Friday afternoon, Kody Brown, father to 18 children, husband to one Meri, and he also has three concubines, Jenelle, Christine and Robyn, brought the cameras with them as they rallied to make adulterous marriage legal 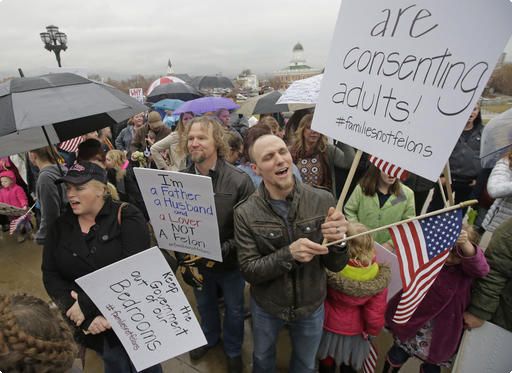 It was the first time since 2012 that the Sister Wives stars made a public appearance in Utah. Kody and his wife, Meri and concubines Janelle, Christine and Robyn moved from there to Las Vegas, Nevada in 2011. 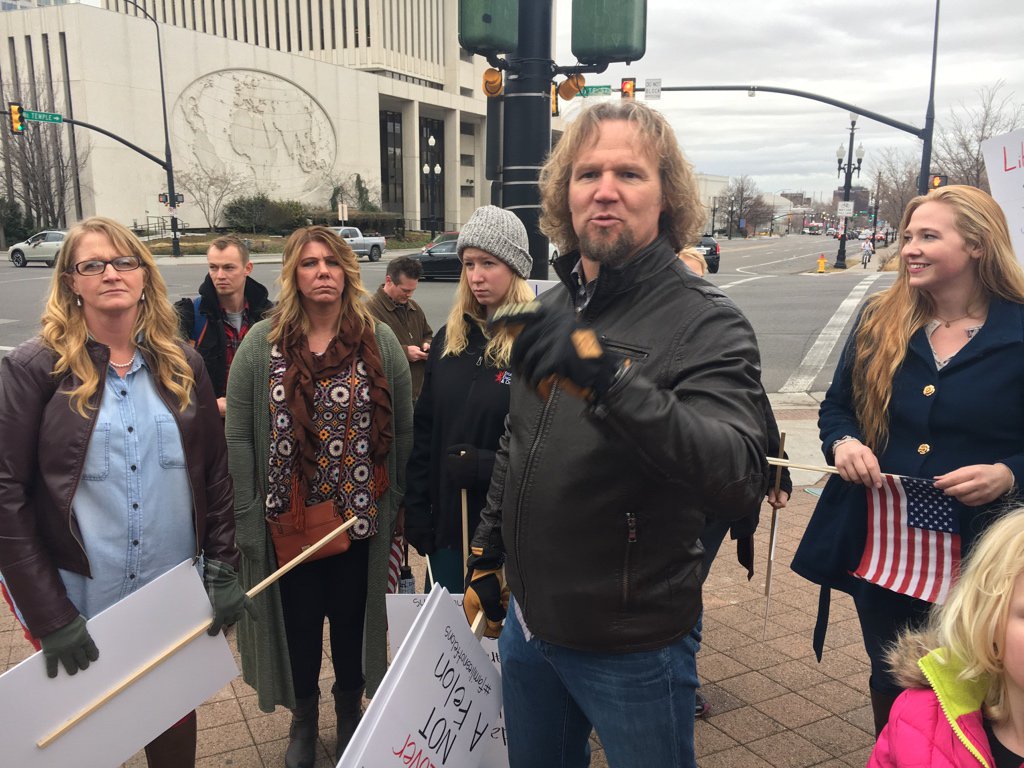 The new bill, sponsored by Republican Rep. Mike Noel of Kanab, would “adjust the definition of bigamy to say someone is guilty if he or she ‘purports’ to marry two or more people and cohabits with them,” The Salt Lake Tribune reports. 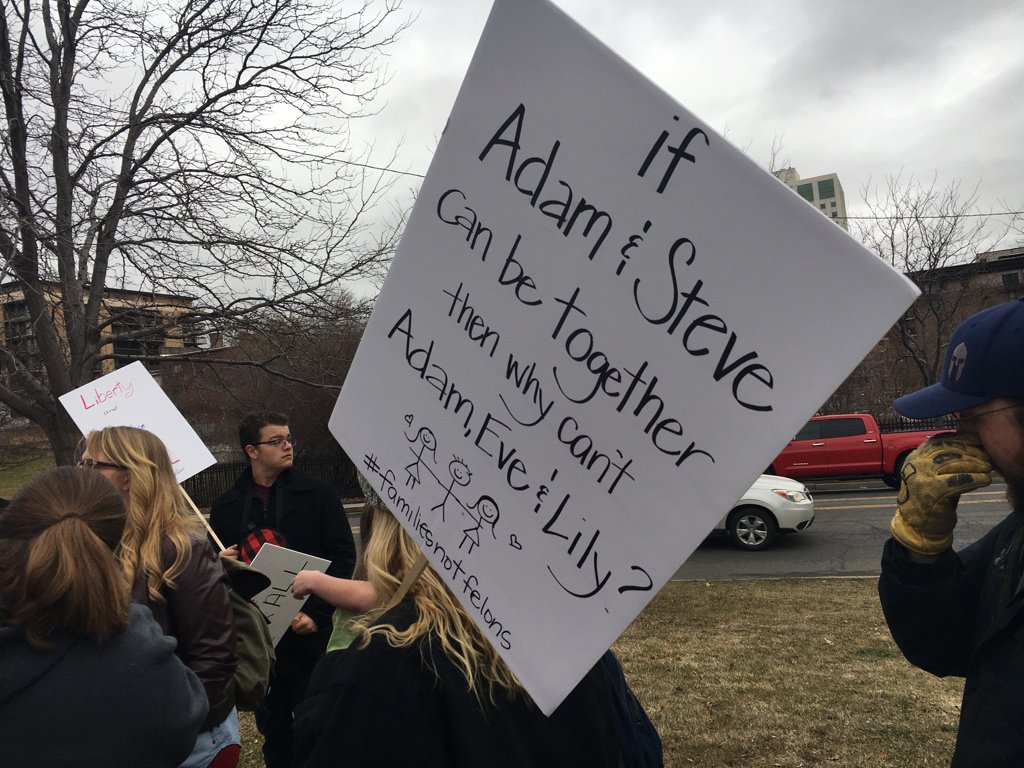 The proposed legislation would also subject those convicted under it to harsher penalties if they’re convicted of additional crimes, such as domestic or sexual abuse, the AP reports. Those who leave polygamous relationships because they feared harm, coercion, are underage, or are trying to protect a minor in the plural family would be shielded from prosecution.

1 Now it came to pass, when Jesus had finished these sayings, that He departed from Galilee and came to the region of Judea beyond the Jordan. 2 And great multitudes followed Him, and He healed them there.

3 The Pharisees also came to Him, testing Him, and saying to Him, “Is it lawful for a man to divorce his wife for just any reason?”

4 And He answered and said to them, “Have you not read that He who made[a] them at the beginning ‘made them male and female,’ 5 and said, ‘For this reason a man shall leave his father and mother and be joined to his wife, and the two shall become one flesh’? 6 So then, they are no longer two but one flesh. Therefore what God has joined together, let not man separate.”

7 They said to Him, “Why then did Moses command to give a certificate of divorce, and to put her away?”

8 He said to them, “Moses, because of the hardness of your hearts, permitted you to divorce your wives, but from the beginning it was not so. 9 And I say to you, whoever divorces his wife, except for sexual immorality, and marries another, commits adultery; and whoever marries her who is divorced commits adultery.”