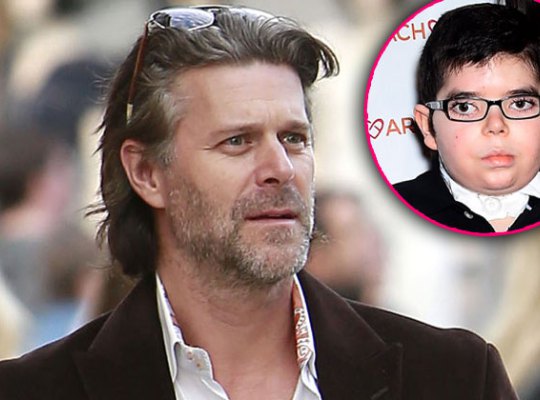 Former Real Housewives Of Orange County fiance, Slade Smiley, 16-year-old son, Grayson, has taken a turn for the worse in his cancer battle.

“Slade was at Children’s hospital in L.A. last week with Gray and Gray’s mom, Michelle. Grayson’s illness is terminal and he has to undergo more operations. But he is a strong boy and will continue to fight,” an source states.

Grayson was first diagnosed with Cancer seven years ago and has been struggling ever since. His mother Michelle Arroyo previously said, “It seems the older Gray gets, the more difficult the medical trauma effects his sweet soul.”

Slade’s former co-star Tamra Judge, 48, called him a, ‘deadbeat dad’, while he was on the reality show with fiancée, Gretchen Rossi, 37.

But, according to a source, “Tamra did not know what she was talking about. When Slade was making a ton of money, he was paying close to $15,000 in child support a month. When the real estate market crashed he had to modify that agreement. But he was never, by any means, not there for his sons. Slade’s boys are his life and they love their dad. He knows how lucky he is to have them and would do anything in the world to make sure that they are okay.”