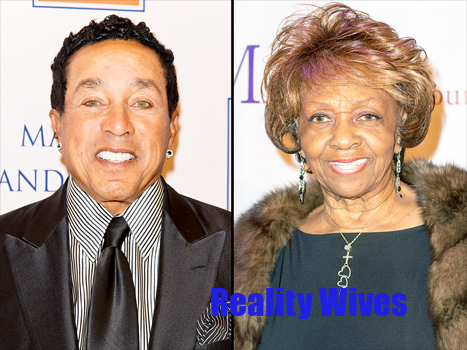 via US Magazine:
Bobbi Kristina Brown’s family needs all the love it can get right now. With the 21-year-old aspiring singer still in a coma more than a week after she was first found unresponsive in a tub on Jan. 31, her loved ones — including dad Bobby Brown and grandmother Cissy Houston — are feeling the full weight of her situation.

Entertainment Tonight caught up with family friend Smokey Robinson on Saturday, Feb. 7, at Clive Davis’ pre-Grammys gala in L.A., where he spoke a little about how Houston — the mom of Brown’s late mother, Whitney Houston — is holding up under the circumstances. (After the “I’m Every Woman” singer’s death in 2012, Robinson told CNN that “Whitney was family” to him.)

“She’s out of it,” the legendary Motown singer told ET of Cissy, who has been by her granddaughter’s side at Emory University Hospital in Atlanta, Ga., since late last week. “She’s really struggling with all of this.”

She’s not the only one, either. Brown’s loved ones continue to pray for a miracle, despite the lack of improvement in her condition. “It’s such a tragic situation,” Robinson said

As previously reported, a candlelight vigil is being held in Brown’s honor on Monday, Feb. 9, at the Riverdale Town Center in Georgia. Her cousin Jerod Brown shared the information via Facebook, writing, “Who’s coming tomorrow??? #StillPrayForBK”