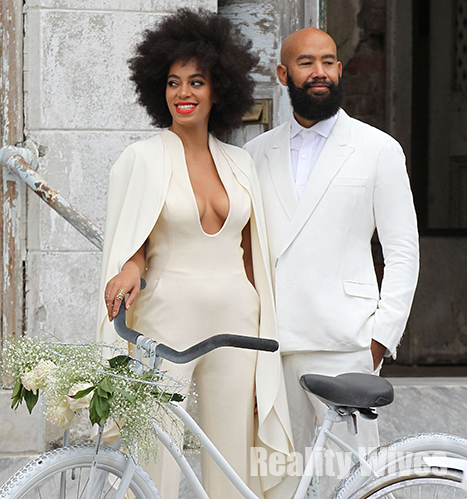 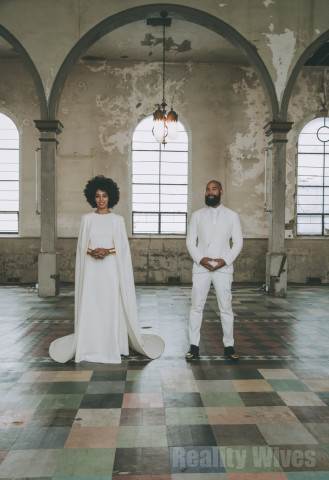 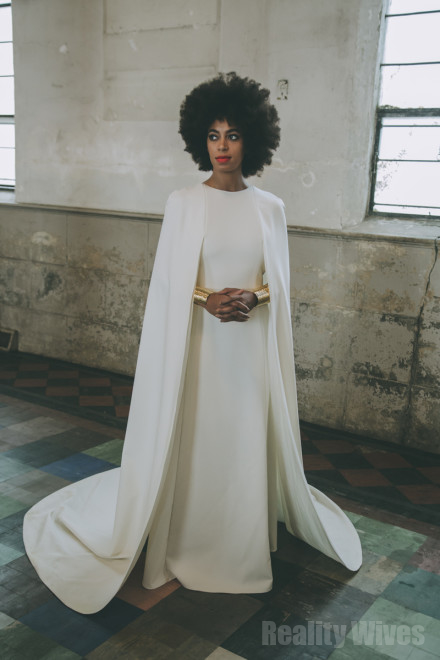 The bride wore a low-cut white jumpsuit with a cape. Her groom sported a matching all-white suit. The couple rode white bicycles up to their wedding venue at Holy Trinity Church in the Bywater area of New Orleans, as several locals congratulated them. The venue, which has been used as a shooting location in several films, was decorated with four trees covered in white lights and large hanging lights.

This is the second wedding for Solange. She married Julez’s father Daniel Smith in February 2004, and divorced in 2007.