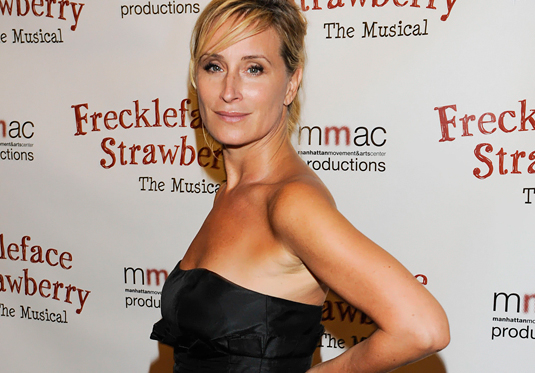 Sonja Morgan was the first cast member to sign onto a new season of the Real Housewives Of New York and in newly released court documents it has been revealed that she makes $426,500 a season. In documents filed in Sonja’s bankruptcy case, it is alleged that she will be making that salary this year and next. The documents were filed by Hannibal Pictures which is a production company that is suing Sonja for not raising the money for a movie that was supposed to involve John Travolta. The documents allege:

“Morgan’s current annual gross earned income of $426,500 derived from her employment as a performer on the reality television program The Real Housewives of New York, as reported in her monthly operating reports filed with the Court.”

The original lawsuit for $7 million caused Sonja to have to declare bankruptcy when the lawsuit reached $8.5 million with court and lawyer fees. The judge, Rita Miller, upheld the original court rulings but also gave Hannibal Pictures an additional year to lien Sonja’s pay checks. What are your thoughts? Post your comments below.