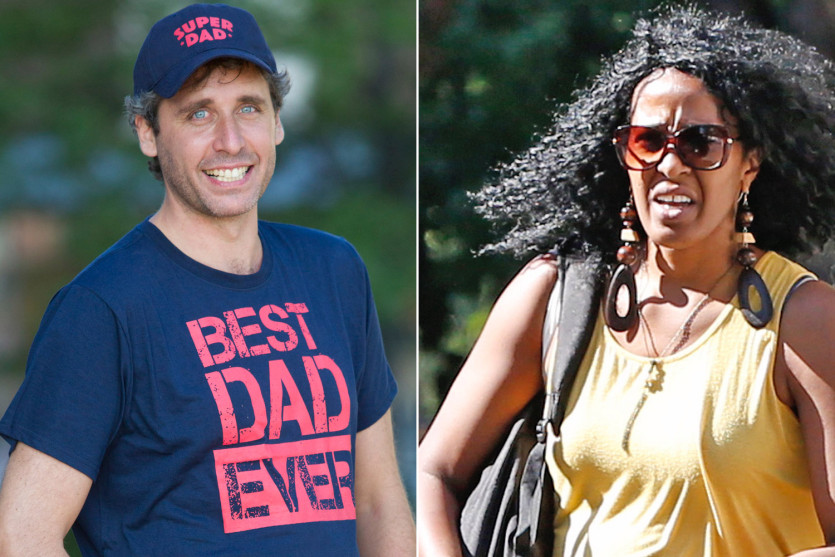 She’s got him by the balls of sire.

This Father’s Day, there is one mom who is not very happy with super sperm donor Ari Nagel — his newly revealed wife and mother of his three kids, who’s enraged over revelations in last Sunday’s Post that the CUNY math professor has sired 22 kids with 18 women.

And number 23 is on the way, after Nagel recently impregnated another single mom.

After the story hit newsstands, a reader tipped off The Post to the fact that Nagel — who admitted to exchanging his sperm with women in public restrooms — is no swinging bachelor.

His wife of a decade, Roxanne, is “devastated” by the news and “had no idea this was happening,” the tipster said.

Nagel now confesses that he is indeed married, adding that his wife is “livid,” and “she’s been yelling at me a lot.” But he maintains that their relationship hasn’t been romantic in years.

Yet they have young children.

Outside the family’s apartment building Friday, Roxanne told The Post: “I have nothing to say. What’s done is done.”

Nagel insists that Roxanne was aware of his procreating pastime.

“Of course she knew what was going on,” Nagel tells The Post, conceding that their union is “complicated.” The tricky part? “She didn’t support it. She always wanted me to be a regular, traditional spouse.”

The two were in a committed relationship when their son was born in 2004, and they married about a year after his birth. But at some point it became a marriage of convenience, Nagel says, adding that he and his wife “sleep in separate bedrooms.”

He helps raise their 12-year-old son and two daughters, 2 and 5 — the latter two, Nagel suggests were born after his and Roxanne’s relationship petered out. “When she saw me donating to all these women, she asked, ‘Why are they worthy and I’m not?’

“She was never happy about all these other kids, but she tolerated it,” Nagel, 40, adds.

Unfortunately for Roxanne, things may get worse: Nagel’s inbox has been flooded with appeals from women — he says numbering in the “triple digits” — desperate for his winning sperm. He’s heard from women “all over the world, places I never heard of. Almost all of them want to have a baby, but some want to hook up.”

Nagel is vetting all the new wannabe mamas.

In another article by the NY Post, it states, about half the time, he provides his seed the old-fashioned way. Sometimes, a lesbian looking to conceive will have her partner in the bed for moral support while she and Nagel engage in intercourse.

“She’s never slept with a guy before, so the partner’s in bed, holding her hand. Sometimes, it could be a little painful, then after a few times, they’re comfortable to do it on their own,” Ari says.

This is the real life version of Ken Turner, the character John Stamos played in an episode of Love & Order: SVU where he was a reproductive abuser. But in Ken Turner’s case he would deliberately get his fiance, girlfriends and one night stands pregnant, poking holes in the condoms so he could have more children.

This is sick. What are your thoughts? Post your comments below.