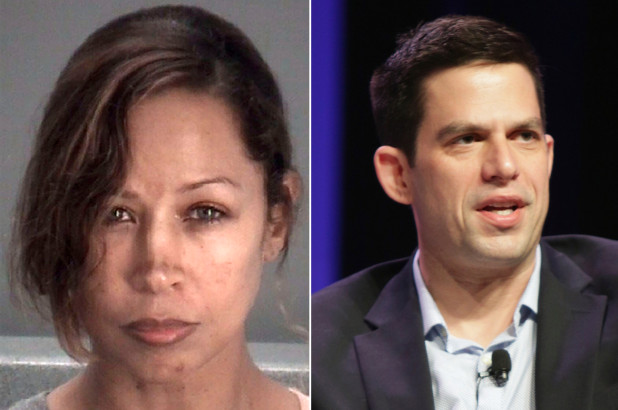 Stacey Dash, 52, was bailed out of jail by her lawyer husband Jeffrey Marty, 44, after allegedly attacking him on Sunday evening.

According to Pasco County court records, Jeffrey paid $500 to free the Clueless actress, from the Land O’ Lakes detention facility in Florida on Monday.

Stacey was arrested after reportedly slapping and scratching her husband.

In a report obtained by the Tampa Bay Times, police officers states they responded to a 911 call after Stacey had gotten into an argument with Jeffrey, during which she reportedly, “pushed him and slapped his face,” which ultimately left him with “red scratch marks” on his left arm.

The officers who arrested Stacey Dash believed the actress was hispanic, but labeled her as ‘white’ on their final arrest report.

Stacey who’s father is Black and her mother is Mexican was arrested for domestic battery. The police who issued the report labeled her as white.

A spokesperson for the Pasco Sheriff’s Department states, “Stacey Dash was never asked her race by the arresting deputy, nor did she volunteer any information about her race. The arresting deputy assumed that she was Hispanic. However, the Pasco Sheriff’s Office follows the Department of Justice Uniform Crime Reporting standards and, according to the DOJ reporting requirements the only allowable races are: Asian/Hawaiian/Pacific Islander, Black/African American, American Indian/Alaskan Native, Unknown, or White.”