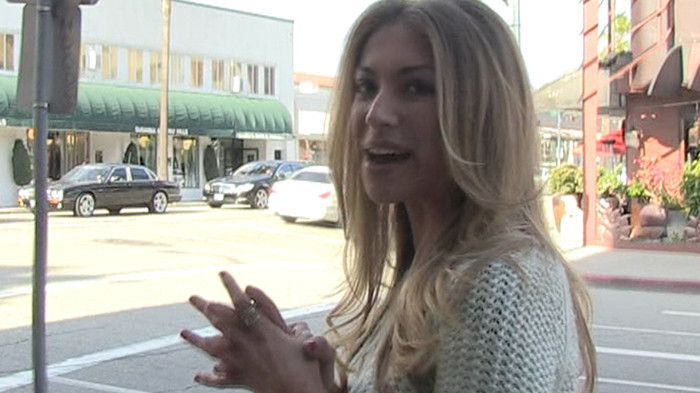 via TMZ:
“Vanderpump Rules” star Stassi Schroeder accused her co-workers of blabbing about a self-pleasure video she made, and it blew up in her face — ’cause it all came out during the cast’s reunion show taping.

Sources tell TMZ that Stassi and Scheana Shay got into an epic argument during the episode … with Stassi calling out Scheana for allegedly leading a group of frenemies trying to bring her private pleasure video to the surface. She felt they were behind the video being sent to several media outlets — even though it never did go public.

We’re told Bravo honcho Andy Cohen was speechless when he heard about this … immediately asked for more details about the vid — and Stassi copped to having sent the video to a guy a couple years ago.

It’s unclear if the guy was her bf, and if he was the person attempting to leak it to the public. The reunion episode airs Monday night.

More in Vanderpump Rules (39 of 48 articles)