Sleazy & Zino’s grand opening was new years eve where tickets were $30. Just don’t take any advice from Peter Thomas from RHOA. Stevie J and Benzino have partnered with Sixx Nine (Vivica Fox’s ex) and Dave Mays. We wish them well with their business venture. 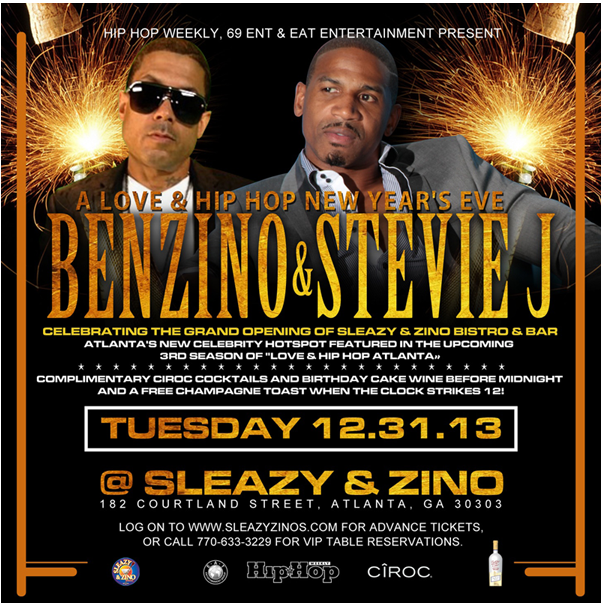 A packed house turned out to party and peep what is sure to be Atlanta’s new hot spot, enjoying free Ciroc cocktails and Birthday Cake wine, while leaving with commemorative “Sleazy & Zino” men’s/women’s T’s created by fashion brand Cockpit. The night was hosted by Benzino and his gorgeous new girlfriend/R&B singer, Thi Thi, who debuted her new single, “Ghetto Love,” produced by Chucky Thompson to an enthusiastic crowd. Grand Hustle DJ MLK and Hoodrich Radio host Cory B were on hand providing live updates on Hot 107.9 radio. The E.A.T. Entertainment showcase rocked the crowd, with lead artist Rockstar Jah turning it all the way up. Benzino kept the crowd rocking with a performance as well.

“Sleazy & Zino Bistro and Bar” is one of the featured locations in the storyline of the 3rd season of the VH1 smash hit TV series, “Love & Hip Hop Atlanta,” which is currently in production. The new season’s premiere episode airs on April 21, 2014. Two of the show’s biggest stars, Stevie J and Benzino, have just opened this new lounge/restaurant venue, located right in the heart of downtown Atlanta. It is an upscale facility with a theme-restaurant style approach, where the food and drink menus all tie into characters and other elements associated with the TV show. 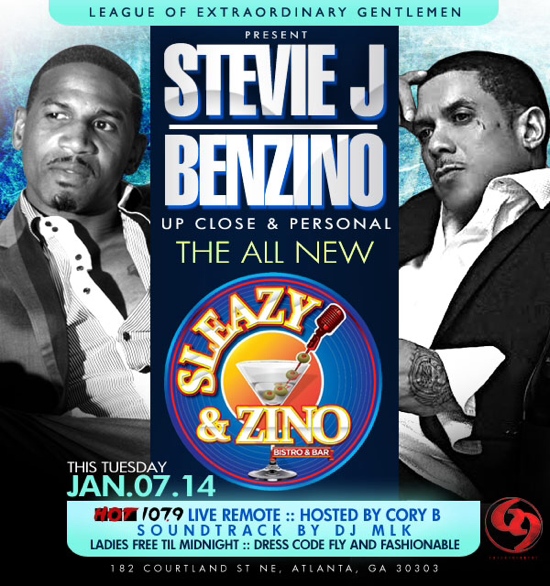