By : Staff
Comment: 1
Tag: Keeping Up With The Kardashians, KUWTK, Kylie Jenner, Tyga 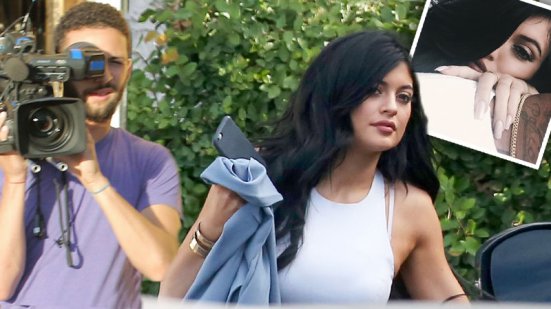 via Radar Online:
Bad-boy rapper Tyga insists he and Kylie Jenner are “not dating,” despite the intense scrutiny and Twitter feuding around their relationship. But amid intense public interest in their bond, a production source who works behind the scenes on Keeping up with the Kardashians tells RadarOnline.com exclusively that producers have decided to avoid the drama and keep the duo off the air!

“Kylie and Tyga’s friendship, or relationship, or whatever it may be, is way too sensitive of a subject right now for E! to tackle,” the network insider tells Radar exclusively. “The crew tries to avoid shooting them together as much as possible.”

As the Season 10 premiere of KUWTK rapidly approaches, the messy feuding around their friendship has only intensified, making the pair too hot for TV.

Tyga wasted no time in letting everyone know that Rose was wrong in her assumption that he and Jenner are together by saying: “I want to be clear to everybody that I didn’t leave my family to be with Kylie. That’s ridiculous. Me and [ex Blac] Chyna, we broke up almost close to a year [ago] now, because of the decision we made, and things in our relationship that weren’t going right, [we] decided to split to raise an emotionally stable kid.”

Tyga, 25, and Jenner, 17, have been seen together frequently since last fall.

Tyga posted this on instagram this morning after the Kanye West interview went live and he said Tyga got in early: 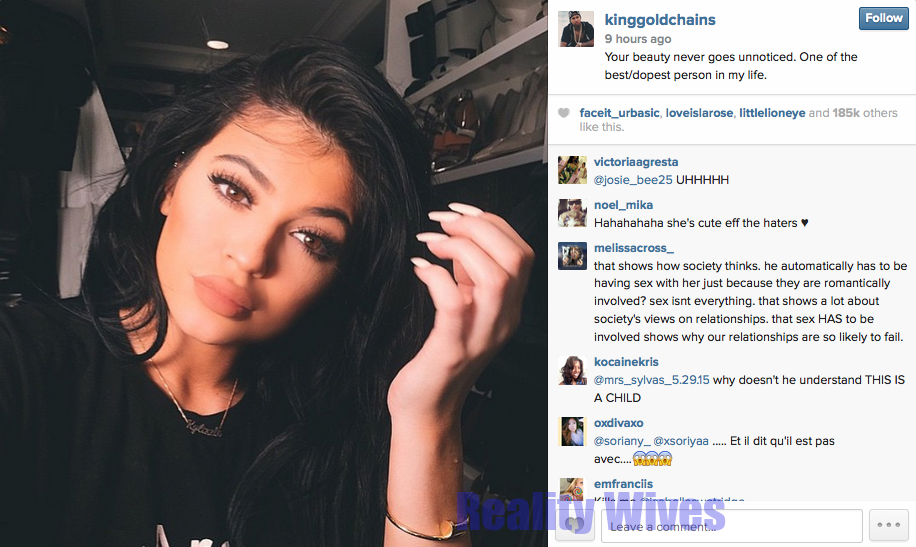 Kanye West Slams Amber Rose: “I Had To Take 30 Showers Before I Got With Kim; Tyga Got In Early With Kylie”

Kanye West Slams Amber Rose: “I Had To Take 30 Showers Before I Got With Kim; Tyga Got In Early With Kylie”