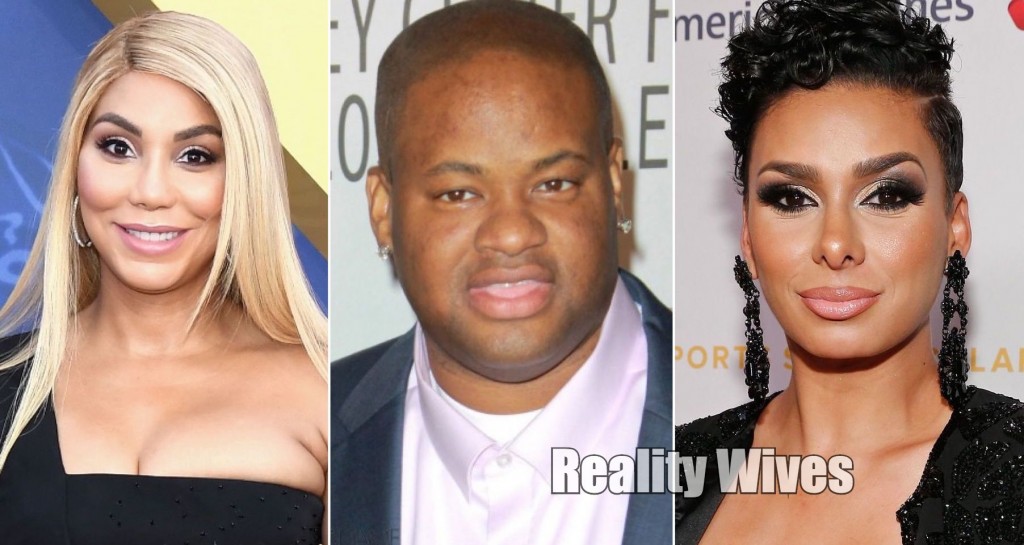 Wow. Braxton Family Values star Tamar Braxton filed for divorce from husband Vincent Herbert and she announced today that he has a baby on the way.

‘Say what u want about me…but I’m good & Got Damn tired of the bull‍♀️ 2018 belongs to who DARES to take your life BACK!! I’m FIRST in Line!” 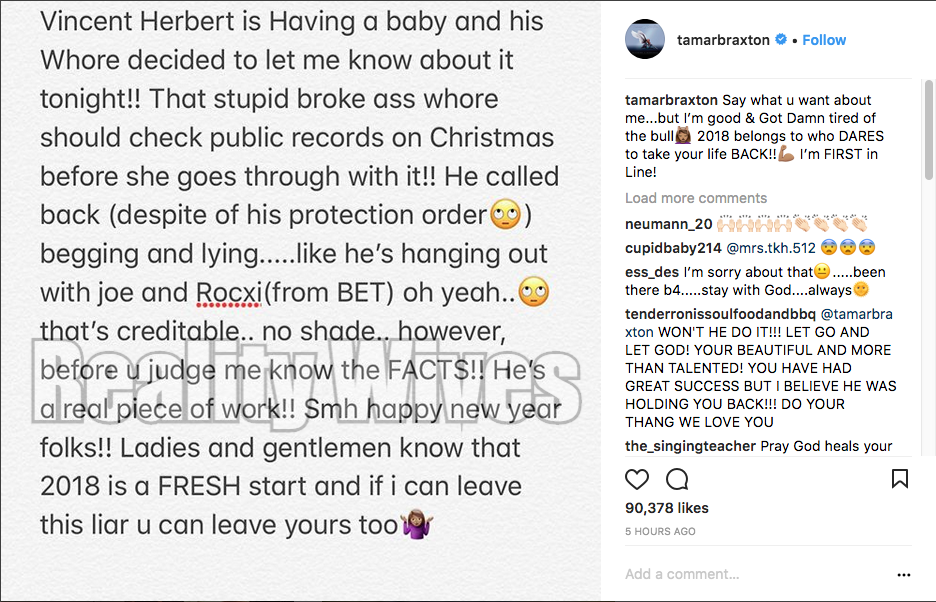 Tamar also says she has a protective order in place against Vince. This is too much. Tamar and Vince were married for 9 years, after accusations of abuse and adultery. This will be Tamar’s second divorce.

The alleged baby mama is eternal ex-fiance, eternal baby mama former BBWLA star Laura Govan. She has turned off her comments on instagram.

What a bloody mess. From what we understand from this unmitigated mess, Laura told Tamar she was pregnant with Vincent’s baby and made mention of a restraining order.

Gilbert Arenas, Laura’s ex-eternal fiance, told Tamar that her husband was sexing Laura. Tamar also claims that her estranged husband tried to keep their family together, but that doesn’t look likely now.

Gilbert and Laura have 4 children together, they never married.