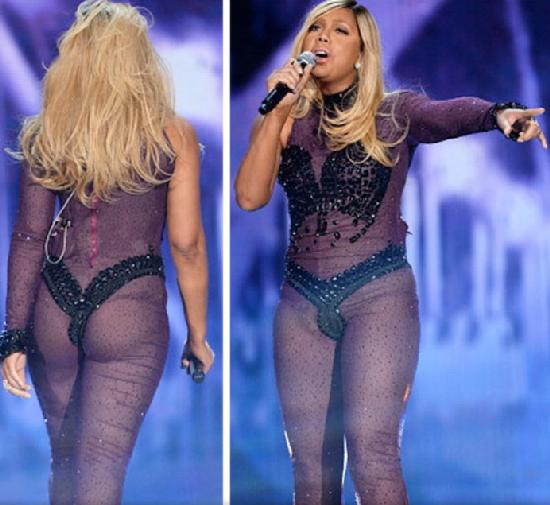 via S2S Magazine:
Tamar Braxton was overcome with emotion as she accepted her award for Best Female R&B/Soul at the 2013 Soul Train Awards. She won!

With a new baby, three hit shows, and a hit album, It’s been a stellar year for Tamar. But the cherry on top of everything for the youngest Braxton beauty was that she took home three titles at the 2013 Soul Train Awards in Las Vegas. Along with Best Female R&B/Soul, she secured Song Of The Year for “Love and War” and The Ashford & Simpson Songwriter’s Award!

Known for her over-the-top attitude, Tamar was doing her best to hold back a flood of grateful tears as she accepted the Best Female R&B.

“I’m just so surprised. I just wanted to start off by thanking God and thanking everyone who supports me and believes in my music and takes me serious as an artist because that’s who I am,” said a tearfully humbled Tamar before she acknowledged her family. “I just want to thank my fabulous family–my fantastically beat to death sisters and my husband Vincent Herbert.”

She continued on with a sniffle to deliver some words on inspiration for her fans and the rest of the viewers watching the 2013 Soul Train Awards. “I just really want to leave you guys with this note: I never thought in my life that I would be here and the only reason is that because I almost gave up on myself,” Tamar shared. “I want to let you guys know, no matter what you want to be, no matter who you want to be, don’t give up on you. It is possible.”

But before she got off stage, Tamar pulled herself together to end her acceptance speech with a divalicious flair. She stated. “I’m 36 years old and I’m proud of it. And I don’t give a damn if I was 56, she was not finna stop, point blank and the period!