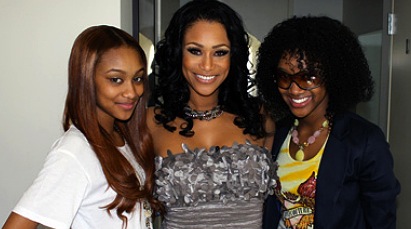 Tami originally filed a lawsuit in New Jersey in 2005 against her ex, Kenny. Tami claimed he had stopped paying the court-ordered $8,500 a month in child support for their two daughters Jasmine and Lyric totaling $800k in missed payments. Tami and Kenny recently settled the case out of court. Tami received a little less than what she was owed and will be paid incrementally through Kenny’s NBA retirement fund. In return, all the warrants issued against Anderson for his unpaid child support were dropped.

Sources close to Tami add that she is happy Kenny is becoming more involved with their two daughters and is ready to move on from this chapter in her life.