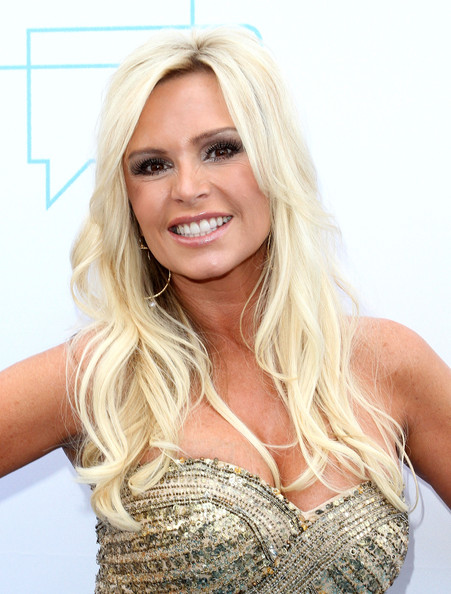 Real Housewives Of Orange County star Tamra Barney who is the pinnacle of maturity, honesty, loveliness and everyone’s favorite OC housewife, decided to cut and paste a non fan’s comment for all to see. She even insulted the original posters looks, which of course Tamra can as she is so very beautiful. Because if someone ‘bullies’ you, you are authorized to bully them back: 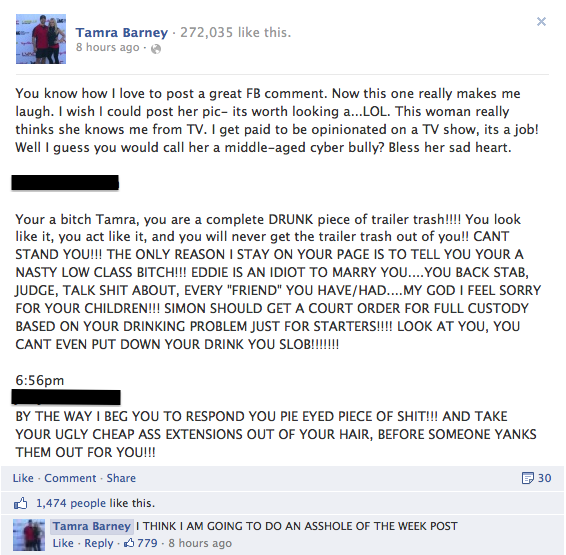 While I don’t agree with the posters use of foul language and it was a bit harsh, I also don’t agree with Tamra’s decision to share the posters comments and full name, although it is a social networking site. Isn’t this a form of ‘bullying’? I am sure this is not the only unfavorable comment on Tamra’s facebook page. I have read worse. I did speak to the original poster who stated she was they inundated with facebook friend requests who agreed with her sentiments and she doesn’t care what Tamra did. What are your thoughts? Post your comments below. 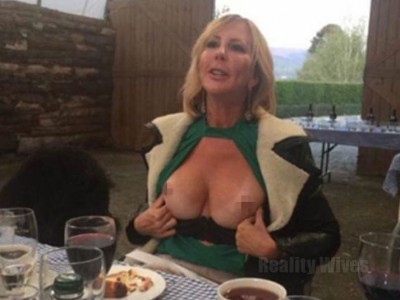 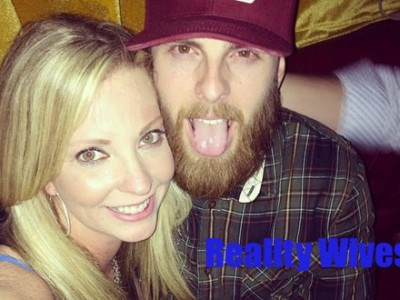 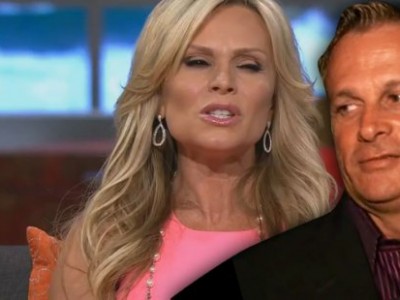 More in Real Housewives Of Orange County (231 of 363 articles)