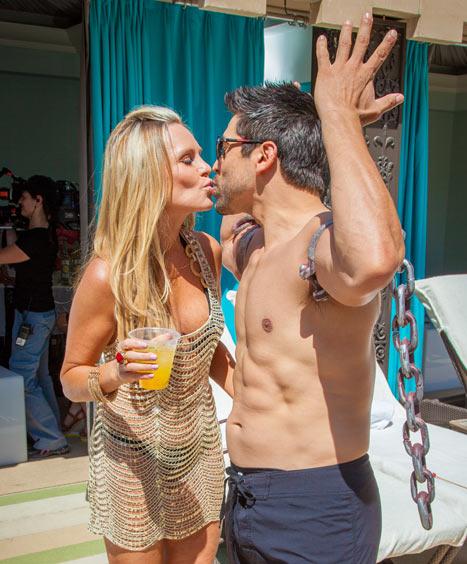 Tamra Barney from the Real Housewives Of Orange County has landed her own spin-off. How does one get a spin-off on Bravo, a wedding of course!

The spin-off will showcase, her and fiance’s Eddie Judge’s bachelor parties, the planning of the wedding and the nuptials themselves.

A source close to production (meaning a Bravo employee leaked the info to the gossip media) tells Radar Online:

“Tamra is the perfect choice for the next Housewife to get her own show. She joined the cast in series three and has become one of the veterans of the series and is incredibly popular with Housewives fans. For Bravo, she has it all: the romantic storyline of getting married, for a third time, the drama with the other OC Housewives and she’ll inevitably be a beautiful bride, when she walks down the aisle.”

I have a feeling Tamra’s spin-off will not do as well as Kim or Nene’s shows. If it breaks a million viewers I will be surprised. What are your thoughts? Post your comment below.

More in Real Housewives Of Orange County (227 of 362 articles)