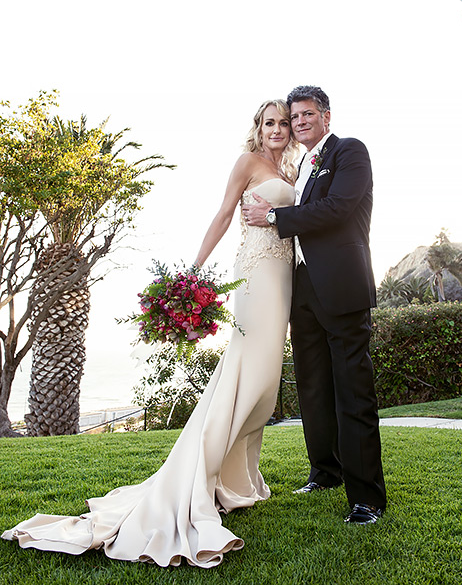 Former Real Housewives of Beverly Hills star, Taylor Armstrong finally got her happy ending when she married lawyer John Bluher at the Bel Air Bay Club, in Bel Air, California, on the 9th April. Taylor recently spoke to US Magazine about her wedding to John Bluher, 56, her daughter and her new life after reality TV.

On Choosing Her Wedding Dress:
After getting stressed out over not finding the right dress Taylor said she tried on the gown blindfolded. Really?
“I ended up having to try it on blindfolded, because they didn’t want me to see it. So at my first fitting they had me blindfolded … It was not finished until three hours before the wedding. I saw it and put it on and literally walked down the aisle.”

Taylor’s wedding was  televised and allegedly paid for by WE TV, she invited her former RHOBH costars Kyle Richards, Kim Richards, Adrienne Maloof, Lisa Vanderpump and friend Faye Resnick, along with their husbands and Adrienne’s ex, Paul. Camille Grammer, Yolanda and David Foster were invited but couldn’t attend because they were out of town, Kim Richards was a no-show; Brandi Glanville was not invited to the wedding. 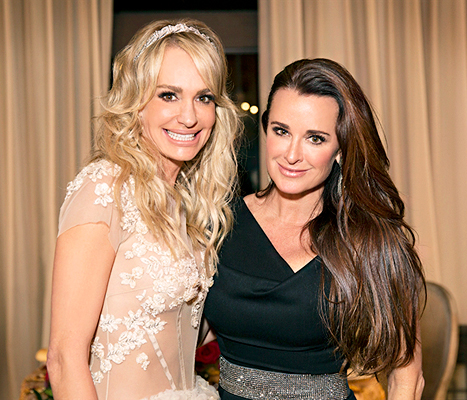 On Seating Her Former Co-Stars & Kim’s No-Show:
“Because it was during the reunion [special] and I didn’t know, that was week to week because the seating chart was one of the most complicated things. I separated everyone. I wasn’t even mad, I just had to laugh. I just thought it was hysterical because of course, Kim.”

On Kennedy’s Reaction To Her Father’s Suicide
“Kennedy doesn’t have a lot of memories because she was [only] five-and-a-half. I think she does maybe know that he took his life and it probably happened just because there was so much talk about it. Whether it was her overhearing something … but I get the impression that she knows it was by his own hands. Really, that was something that I preferred for her not to know until she was much older.”

Taylor is looking to move back to Los Angeles. The Bluher’s currently reside in Vail, Colorado.

On Life After RHOBH
“I’ve auditioned for some scripted things. I don’t know that they were the perfect role, but I’m just trying to get that under my belt, because it’s new for me.” 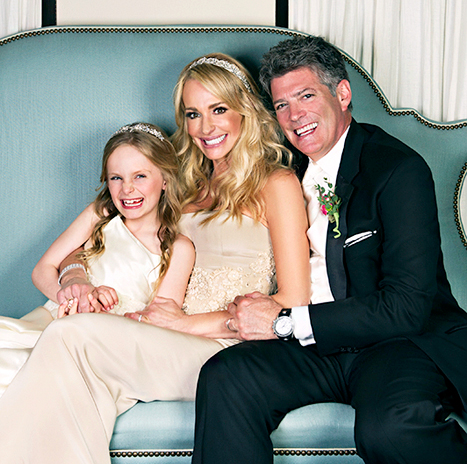 More in Real Housewives Of Beverly Hills (389 of 807 articles)