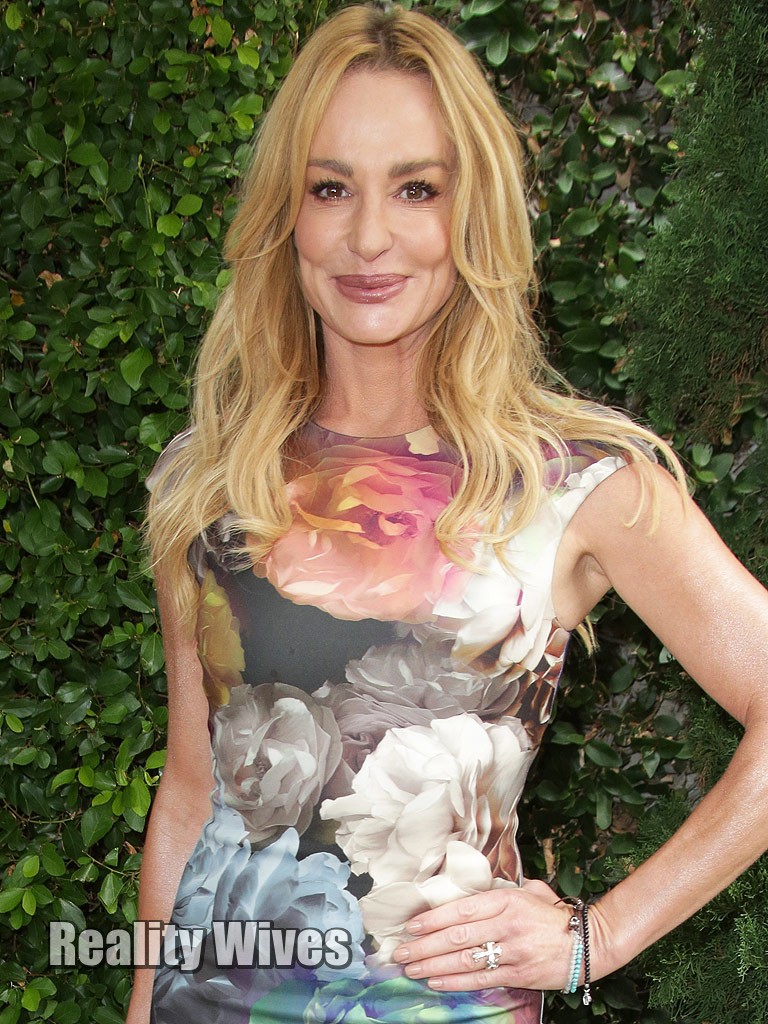 Is Taylor Armstrong coming back to the Real Housewives Of Beverly Hills?

Taylor, who recently moved back to Los Angeles from Colorado, is teasing a potential return to the show.

“I’m around. Let’s just say that,” Armstrong, 44, told People of RHOBH’s next season at the Rape Foundation Annual Brunch in Los Angeles on Sunday.

“It’s been a big day already. We were just at the Stop Yulin Forever event at MacArthur Park for Lisa Vanderpump and all the Housewives were there, and [Vanderpump’s husband] Ken Todd. They’re my friends, so I’m just around naturally. Whenever I’m in town, I hang with them anyway. So cameras up, cameras down, one way or another.”

On her RHOBH friends: “It’s a little more intense when the cameras are around. But I see Kyle [Richards] and Lisa a lot. Kyle came to Colorado a couple times and visited us. We were over at Camille [Grammer]’s house the other day. I haven’t seen Adrienne [Maloof] in a while, but it’s nice to see everyone again. We’ve all been through a lot together. … We’re like a family. Sometimes we fight like family, and sometimes we get along great. But at the end of the day, we’re family.”

At the event, Taylor spoke of her personal experience with domestic violence: She has said her late, estranged husband Russell, who committed suicide in 2011, verbally and physically abused her. Taylor says she doesn’t want to “terrify” her 9-year-old daughter Kennedy but still educates her about assault.

“Because she was a child of domestic abuse, it’s very common. I had domestic abuse in my household as a child, as did my abuser, and that’s very typical that you would either become an abuser or a victim. And so therefore, what we try to do is just instill an incredible amount of self-esteem in her, so that when someone tries to violate her in any way, she knows how to stand up for herself and can do everything she can to protect herself. I mean, clearly, there are violent rapists. That’s a whole different situation. But if you’re in a relationship where someone is taking advantage of you sexually, and young people who get into relationships at an early age, they end up doing things sexually that perhaps they’re not ready for, we want her self-esteem to be so high, and her self-confidence, that she can say no. And that she can keep someone from taking advantage of her in that way,” Taylor explained.

As for RHOBH, Armstrong said she had actually just come from an event with the rest of the ladies:

Taylor starred on RHOBH from 2010-14 and has made guest appearances in seasons 4 and 5.

What do you think about Taylor returning to RHOBH? Post your comments below.

Yolanda Foster Is Back With A New Hairstyle

More in Real Housewives Of Beverly Hills (216 of 790 articles)