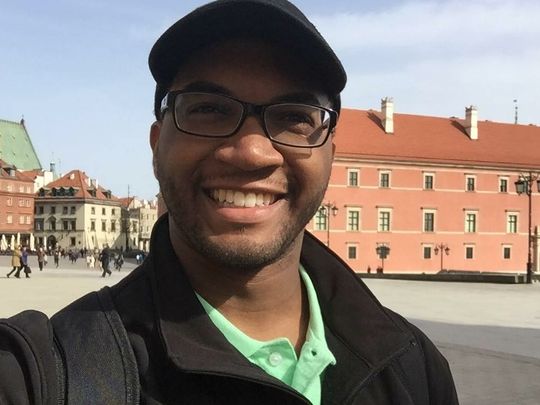 Bishop Chatard High School theater director Kyle Guyton had much that he wanted to experience and create in his life, loved ones told IndyStar Wednesday.

Guyton, 22, was chaperoning a group of students on spring break in Poland when he suffered an asthma attack and died, Bishop Chatard announced Tuesday on Facebook.

He had a knack for impersonating characters and reciting lines from cartoons, plays and television shows. His impression of the Mickey Mouse’s friend Goofy made his mother smile.

“He was very out-going, even as a kid,” Guyton’s mother Kathy O’Neal said. “We could be out eating and he’d get down, walk around and visit people.”

When he was young, O’Neal said her son would play teacher to a group of kids in after-school care. He’d always hand out homework assignments, O’Neal said.

Guyton followed that career path and became a teacher after he graduated from Bishop Chatard in 2011. He joined the school’s staff this year.

Loved ones said Guyton had a talent for arts and theater.

“Music was his life, his heartbeat,” said Michael Greene, 34. They weren’t related by blood, but O’Neal said Greene was Guyton’s brother in every other way.

“He was old beyond his years and a very intelligent, bright kid,” Greene said. “This is a tragic loss.” 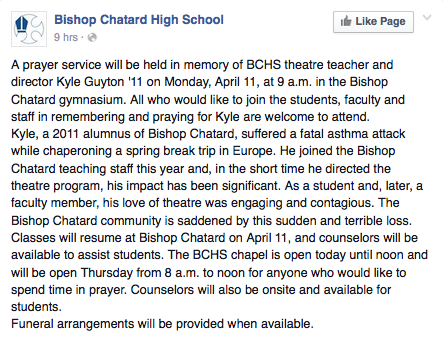 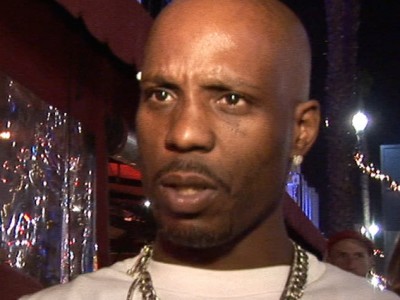 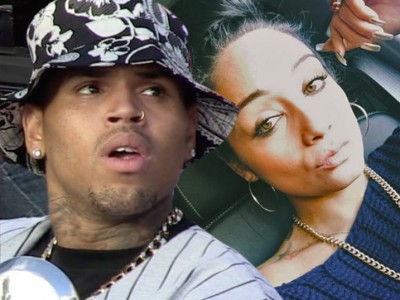 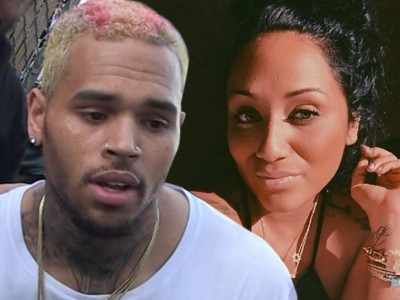