Man, 18, who strangled teen told news crew at the scene he was ‘surprised’ at her murder hours after her body was found. “I’m amazed, I’m amazed.” 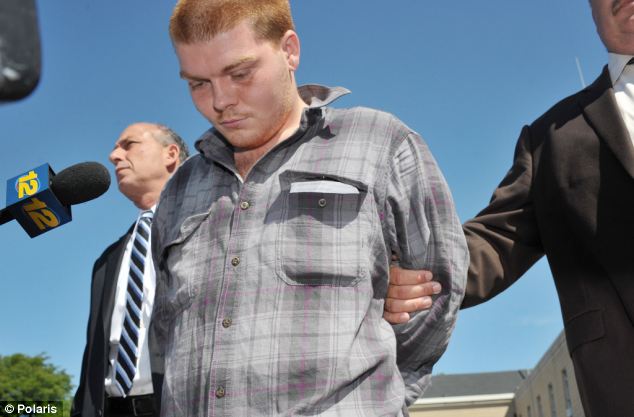 Maxwell Sherman, 18, the alleged drug addicted son of an affluent Chicago couple, has been accused of strangling Long Island teen, Lauren Daverin, 18. Maxwell was approached by a WCBS reporter about 11am Friday, as he hung around the Rockville Centre footbridge, the scene of the crime, only hours after the murder.

Maxwell was chain-smoking and pacing back and forth with his cellphone in his hand. The reporter was asked if he was surprised by the gruesome murder, he replied, “I’m amazed, I’m amazed.”

via Daily Mail:
A teenager charged with strangling an 18-year-old whose naked body was found on a footbridge expressed his shock at the death in a TV interview one day before he was arrested, it has emerged.

In a chilling twist, Maxwell Sherman, also 18, of Long Beach, New York, told CBS 2 that he was ‘amazed’ and ‘surprised’ at the brutal murder of Lauren Daverin.

The woman, who had recently married, was discovered dead on a footbridge in Rockville Centre on Thursday night after spending time with friends. She had been stripped naked apart from her boots, and her clothes were piled nearby.

In the interview near to the scene, Sherman told the news reporter that he had seen Ms Daverin at about 7pm on the night she died.

He said: ‘I met her for like five minutes.’

Sherman, who is unemployed and living at his affluent parents’ second home in Long Island for the summer, said the woman had been chatting with friends and he stopped to speak to one of them for a cigarette.

When CBS 2 news reporter Carolyn Gusoff described the murder to Sherman, who was not a suspect at he time, he raised his eyebrows in apparent surprise.

Sherman is wearing the same shirt in his mugshot as in the interview and scratches are visible on his face.

Sherman, who appeared in court on Sunday, has denied the killing. He was charged with second-degree murder and will appear again in court next Wednesday. 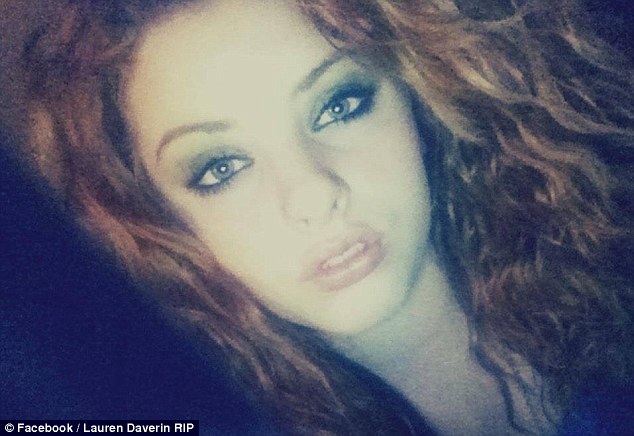 Ms Daverin was married to a U.S. airman, Kashawn Graham, who was stationed at Barksdale Air Force Base in Louisiana. Kashawn is also from Nassau County on Long Island, has flown back home to help Ms Daverin’s family with funeral arrangements. 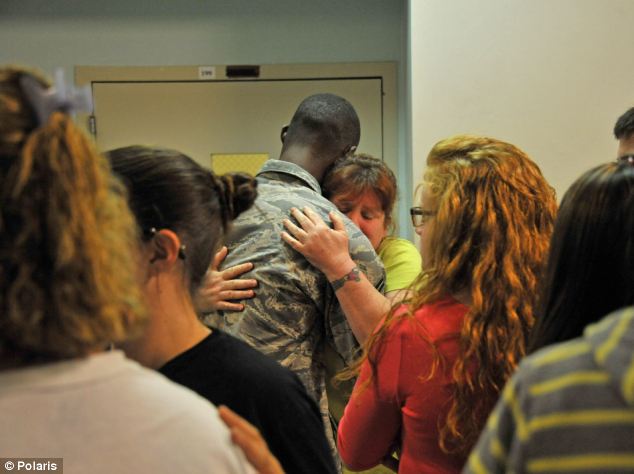 He was at Nassau County Court in Mineola alongside Ms Daverin’s family to see Sherman arraigned and broke down in tears when the suspect was brought into the courtroom. 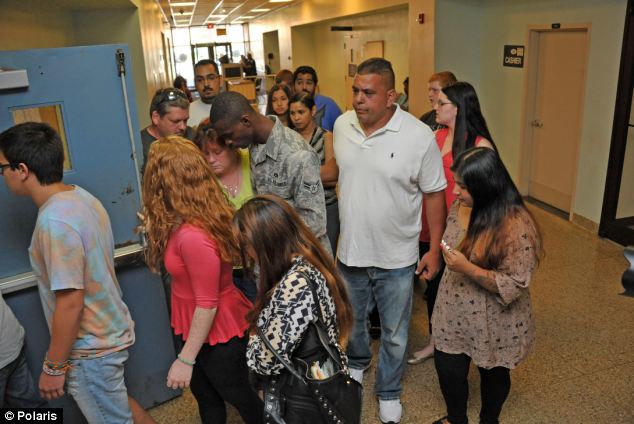 ‘To my wife: You will always be loved a lot, and you made me the luckiest man in the world,’ Kashawn wrote in a message left at the crime scene.

What an evil person. What are your thoughts? Post your comments below.