Teen Mom 2’s Chelsea Houska‘s baby daddy Adam Lind, 25, tried to get custody of their 5-year-old daughter Aubree after he took her to court, his request was denied.

But that doesn’t stop him trying to fight his other baby mama, in court. 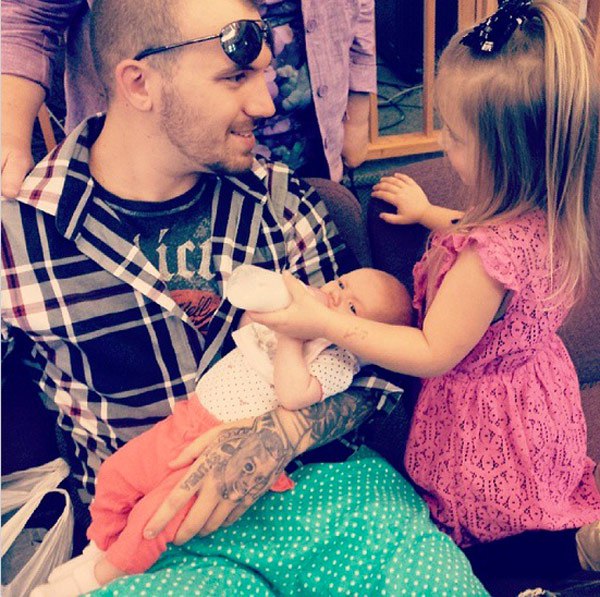 Adam Lind with his daughters; Aubree as a newborn & Paislee.

Adam who is based in South Dakota is planning to take his ex, Taylor Halbur, 25, to court for custody of their nearly 2-year-old daughter Paislee.

“He wants more time with Paislee and thinks as her father, he deserves that. He is planning to take Taylor to court,” an insider claims. 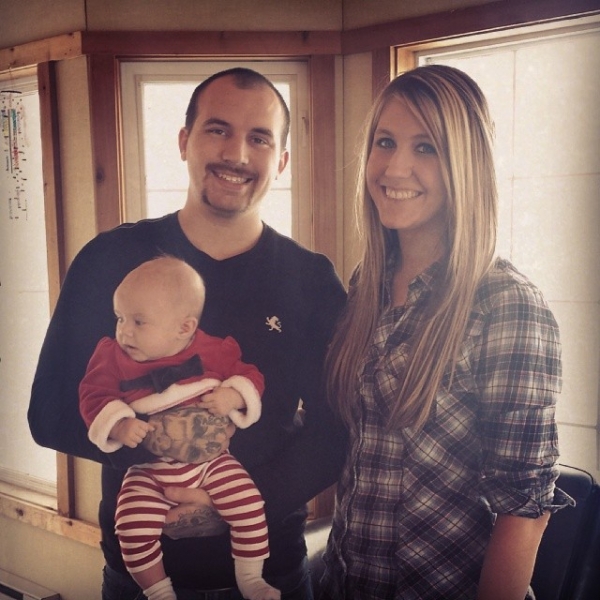 Adam with daughter Paislee and ex-Taylor during happier times.

It’s likely if the same Lincoln County court judge is involved, the construction worker isn’t likely to get very far in his fight. In March of this year, the judge denied Adam’s demands for unsupervised visits with Aubree due to his troubled past.

When Chelsea, 23, took the stand, “she brought up his long history of arrests and allegations of steroid use,” a source revealed. Adam denies using steroids.

The judge sided with the Chelsea, and said Adam would have to get through six months without any trouble on record. But just hours later, Adam was arrested for failing to appear in court relating to his child support case with Taylor. A source claims that Adam is now up to date with his child support payments.

Another insider reveals, “Adam has so much legal baggage, it’s unlikely he’ll get custody of Paislee.”

Adam has had three DUIs, and two other exes filed restraining orders against him within the last year. Both orders were eventually dismissed.

What are your thoughts? Post your comments below. Do you think Adam should get custody of little Paislee?