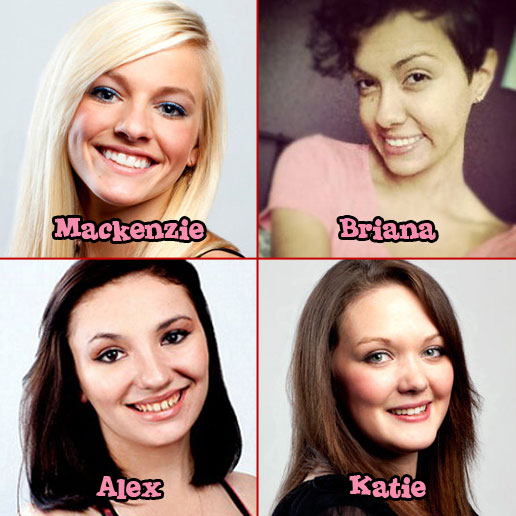 Teen Mom season 3 stars the former 16 & Pregnant cast. We watched Briana DeJesus, Katie Yeager, Alexandria (Alex) Sekella, and Mackenzie Douthit’s stories on last year’s 16 & Pregnant and now we get to watch them struggle as moms. While this season is noticeably more intriguing than Teen Mom 2, it still makes you miss Maci, Catelynn, Farrah, and Amber in a weird way. 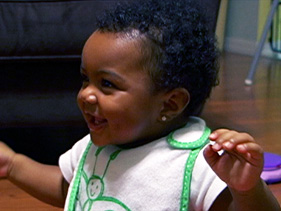 Briana’s daughter Nova has beautiful hair. Her curls are so adorable, which is obviously something she gets from her mom! Devoin Austin, Nova’s father and Briana’s ex-boyfriend is not in their their lives. Since he’s not paying child support and Briana is in school full time, she had to enroll in the WIC program to get free formula for Nova. She is embarrassed to be using WIC at her local grocery store but her mom explains to her that the program was put in place to help people like her. She really needs it and shouldn’t be embarrassed or judged. At least she is in school trying to better her future. Briana has an amazing support team that includes her sister Brittany and her mother. Do you remember, Brittany was pregnant at the same time as Briana but she chose a much different path; an abortion. In a moving scene, Briana is crying and tells her sister that she now wishes she had listened to her mother and gotten an abortion. She explains that despite having their help, she feels so alone. When Brittany tells her not to say that because she loves Nova, Briana says that she loves her too but the timing was so messed up.

Devoin has been bad mouthing Briana on Twitter by calling her terrible names and threatening to get someone to beat her up. He’s furious and doing this because his name isn’t on Nova’s birth certificate and she doesn’t have his last name. Last year he wasn’t present for Nova so why would Briana use his last name? Devoin is seen talking to his friends and explains that “technically” Nova isn’t his child because he’s not on the birth certificate so he doesn’t want to see or talk to her. This is an adorable six month old child we’re talking about. This is totally unacceptable. Briana is fed up with the cyber bullying and prints out a s 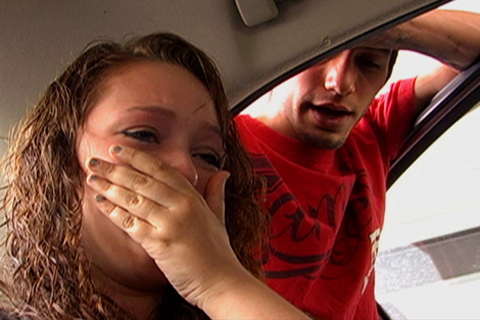 creen shot which she takes to court to file an order of protection against Devoin. This is a good step in the right direction protecting herself and her child. But she should have gone to the police earlier, as he was threatening her. Later, Devoin send a text message to Briana and claims that he wants to make it work between them so he can be in Nova’s life. She decides to drop the order of protection. But unfortunately this truce doesn’t seem to last too long as looking at a sneak peek of season it appears that their relationship goes haywire.

Katie and her boyfriend, Joey are living together with their daughter Molli. He’s a coal miner and works at night. Since the job is so dangerous, Katie has difficulty sleeping at night because she worries about him so much. Their relationship seems like it could actually work. But the two argue over the littlest things such as when Joey returned Katie’s car with a dent on it. Instead of calmly asking what happened, Katie freaks out when Joey reveals his aunt backed up into the door. Katie has to leave the house because she’s so upset and while she’s out Joey calls her to ask if she’s mad at him and if she still loves him. When Katie returns, she calls the police to file an accident report for car insurance purposes and the cop warns her that they could have gotten a ticket for leaving the scene of an accident. Katie is breastfeeding Molli. Which I think this is great for her baby, many young moms choose formula first. At the end of the episode, Joey is filmed asking Molli if he can ask her mother to marry him. He gives her the ring to hold and it’s a very sweet scene. He then takes Katie out on their first date since Molli was born and puts the ring in her dessert. When he drops to one knee, Katie looks happy and accepts his proposal. 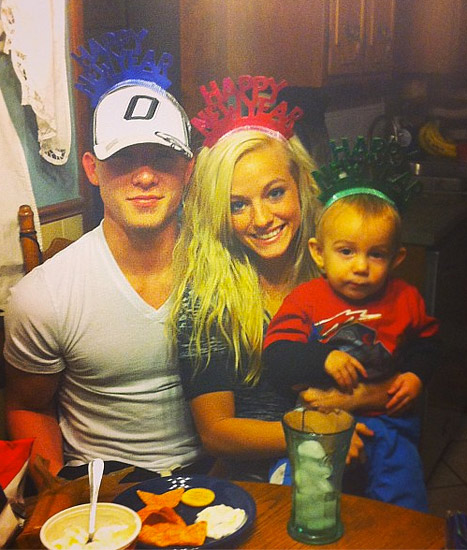 Mackenzie and Josh aren’t living together with their son Gannon. Josh is still with his parents while Mackenzie is with hers. They are currently engaged but any time they’re apart for long periods of time, they end up fighting. For their second anniversary, Mackenzie’s mother babysits Gannon and they head out to a restaurant. Since she has Type 1 Diabetes, Josh administers her shot before dinner which is romantic in a weird way. After her shot, Mackenzie asks him when they’re going to get married and almost immediately he tenses up. The two end up fighting and have no contact for two days. Josh eventually sends a text message apology, claiming he wants to stop fighting because he loves her and Gannon. Mackenzie is convinced that they won’t fight any longer if he moves into her family’s home so she approaches her mother with her idea. Her mother is a great mom, that is something you can tell right off the bat. Her mother explains that Josh doesn’t live with them as she believes they should only live together when they’re married. She tells Mackenzie that if she really wants Josh there to help out with Gannon more, he can have the guest room but he cannot sleep in her room because she’s “trying to do the right thing.” They have a family meeting with Josh where he reveals he doesn’t want to move in because he’d like to move out on his own for a bit before marriage. Mackenzie looks furious and I can’t blame her. He has a kid and a fiancé, why would he need to live on his own? 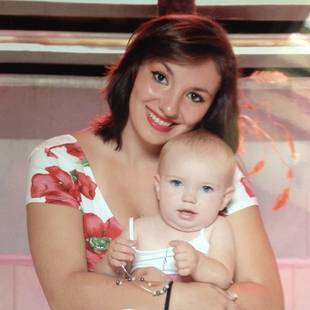 Alex’s boyfriend, Matt went to rehab for eight weeks and missed out on much of Arabella’s life. Alex had to give up high school because she had to work three jobs to support her family and is working on getting her GED. Her mother is allowing Alex to move in as long as there is no relapses and he agrees to do chores and help around the house. Alex isn’t happy because she asked Alex in a letter if he wants to be with her and he never answered the question. After two months away, Matt returns from rehab and makes a beeline for his daughter. He not only looks completely different with short, brown, hair but he genuinely looks healthier. When Alex asks if they are together or not, he gets impatient and says she’s really stressing him out. He says he’s making a big enough change as it is and he needs a break. He says you can’t break a habit in two months because “two months is nothing,” and he still has the same demons but Arabella comes “first and foremost” to him.

Alex and Matt’s date night is at the bowling alley. Then later, Matt wanted to go to his favorite restaurant. Alex doesn’t want to go because it’s in a part of town that he used to buy drugs from. This scene is terrible to watch because it shows how real addiction is. Matt is thoroughly excited to be back and he can’t sit still. They pull up to some weird “restaurant” which looks more like a gas station store and Matt jumps out. He returns with a stick of candy and is missing ten dollars of Alex’s change. She begins to scream at him demanding to know where her change is and tells him she only has to take care of one baby and if he screws up she’s not dealing with it. The following day, Alex tells Matt he appears to be under the influence and Alex’s mom does an “eye test.” I’m not sure why she thinks she can tell if someone is under the influence just by putting a flashlight in his eyes,. If Alex has worries she shouldn’t be leaving the baby home with him. She tells her mother she can’t risk losing Arabella or God forbid something terrible happening to her while she’s away. And sadly, from the looks of it later in the season, Matt later relapses and overdoses. 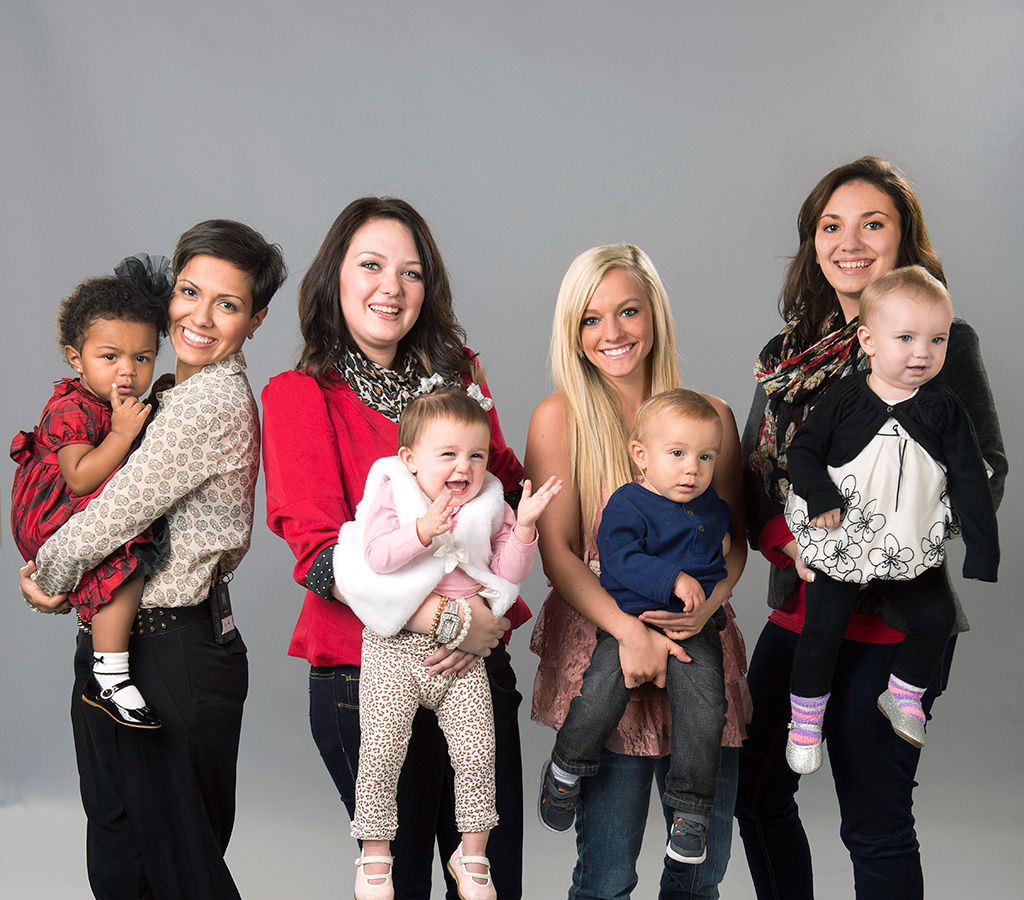