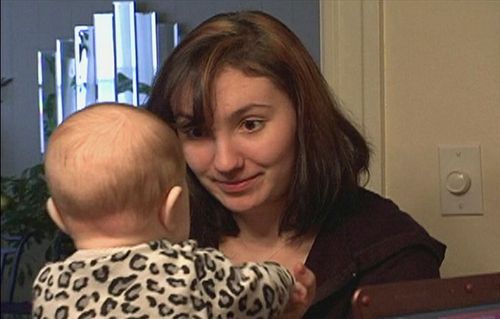 Alex is upset because she found out that Matt has been texting and talking to another girl behind her back. She is sitting on her bed telling her friend the bad news when her friend asks if she and Matt were even together. She says that he had wanted to “take things slow” but he was living in her house with their daughter, so she was under the impression they were an item. She later hears rumors that Matt is still using drugs and that he isn’t just texting other girls, he is sexting them naked pictures too. She waits until Matt gets home to confront him. She begins screaming at him and he screams back in defense of himself. To make things  worse, poor Arabella and Alex’s little brother are sitting in the living room witnessing the entire fight. Alex’s mom gets scared that things are escalating too quickly and attempts to reason with Matt. While it calms him down temporarily, it makes him even madder in the long run because he feels ganged up on. As Alex continues her screaming, Matt pushes his chest at her and gets in her face. He begins to scream, “hit me” repeatedly while dodging back and forth. Mind you, his little baby girl is RIGHT there watching this exchange. Luckily, Alex’s mother tells Matt it’s time for him to move out, something he readily agrees to, before things get physical. 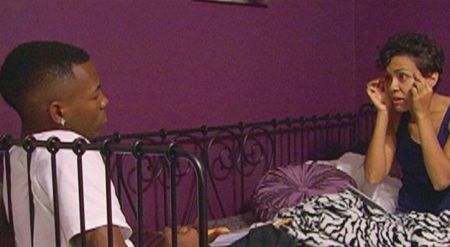 Briana has invited Devoin over to spend some time with Nova since he really impressed her by babysitting the previous week. Devoin seems eager to stop by and Briana waits up most of the night for his arrival. It turns out that Devoin ditches Briana so he can hang out with his friends, but he tells her he will come over the following night. Briana speaks to her mother about her feelings and her mom tells her that it’s time she requests Devoin pay child support. Briana isn’t sure how much he should pay and her mother tells her that he is legally supposed to pay for at least half of Nova’s expenses. Briana has an amazing support system in her mother and sister Brittany. Brittany is always running home from classes to spend time with Nova and offer her sister a lending ear. Her mother adores Nova and will give Briana money to support her. When Briana is worried about how expensive a “baby proofing professional” will be, her mom whips out her credit card and tells her not to worry about it. She says that baby proofing is very important and doesn’t even request that Briana pay her back. First off, why can’t Briana buy the baby proofing materials and do it herself? And second off, I have never even heard of baby proofing companies or “professionals.” Where do you go about finding one?

The following night, Devoin finally shows to spend time and bond with his daughter but instead he and Briana argue the entire night. Briana begins by telling Devoin that if he ever disrespects her again she will go through with the order of protection. She takes him upstairs and shows him the screenshots of proof she has. Devoin sits in silence, looking completely flabbergasted. Briana tells him he’s not a “real” father because he’s never present, and he only comes when it’s convenient for him. It’s a dead on analysis of his relationship with his daughter, but he chalks it up to the fact that his name isn’t on the birth certificate once again. Devoin, your daughter is a gorgeous little girl who isn’t going to understand why her father always pushed her to the side, especially if his only excuse is a piece of paper. Get over it Devoin and support your daughter and 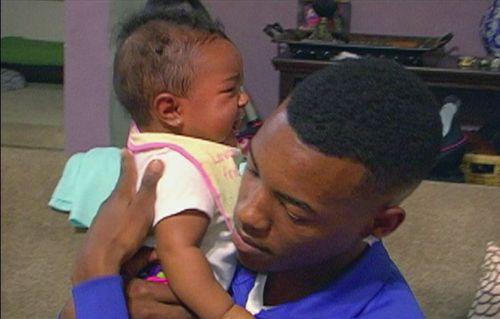 her mother for once! In the end, Devoin promises Briana that he will never disrespect her again and that he will do his best to be a better father to Nova.

Katie and her boyfriend Joey decide to see a relationship therapist to see what tips she can offer for the two. After their blow up last week, I think Joey could really benefit from anger management instead of couples’ therapy, but at least he’s giving it a shot. While at therapy they make the decision to stay together and agree to speak more respectfully to one another in the future. When they return home they look at a few new apartments and decide on a new one that’s larger at $900 a month. They  begin packing since they are moving into their new apartment at the end of the week. This couple seems to really have the foundation to make things last so it’s very depressing to know the two are no longer dating. They remind me a lot of Tyler Baltierra and Catelynn Lowell because whenever they hit any rough patches in their relationship, they would head straight to a professional. The couple’s new apartment is super cute and spacious so it looks like Katie was worried over nothing. Joey is telling the truth when he says he works his behind off so that he can give Katie and Molli what they deserve. 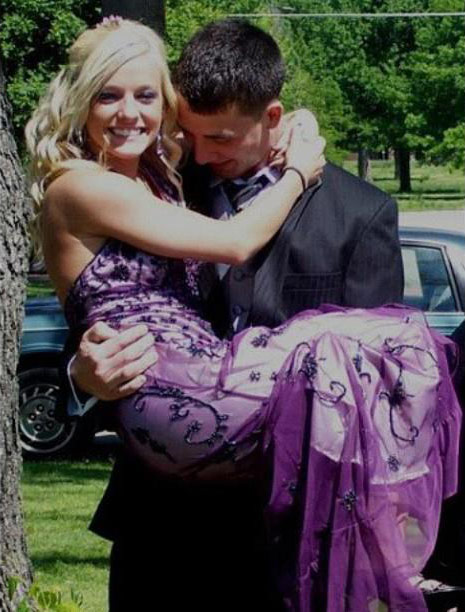 Mackenzie is getting ready to go to her junior prom. It’s her first prom ever and she’s super excited to be going with Josh. After shopping for a dress she realizes it would be much cheaper to ask to borrow one from a friend. She borrows a purple, glittery, floor length gown that fits her perfectly and makes her look like a princess. She does her hair in a curly half up-do and applies her makeup. She even dresses her son Gannon in a little baby tuxedo so he will look dressed up for pictures. Her entire family circles around her, Josh, and Gannon and begins snapping photos. The two are driven to the prom versus taking a limo like their other friends but still make the best of it. The school has a red carpet outside leading up to the entrance and each girl is announced when they arrive and asked to walk the red carpet. Mackenzie chooses to walk the red carpet with Gannon in her arms and the school even announces Gannon which is very sweet. Her mom agrees to watch Gannon after the prom so she and Josh can attend a friend’s party. The two dance the night away with friends then attend the party. The sweetest part of the entire episode was watching Mackenzie and Josh’s excitement to get home to their sleeping baby. They each give Gannon’s cheek a kiss goodnight and then peck one another on the lips before heading off to separate bedrooms. When it comes to parents, Mackenzie has some of the best. 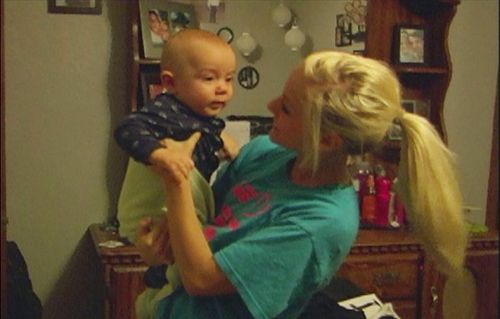