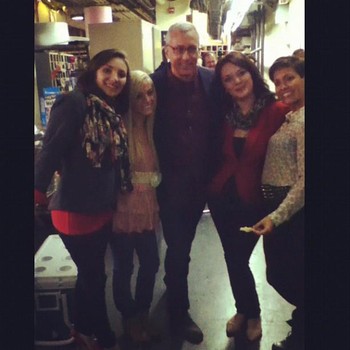 All four ladies sat down with Dr. Drew to review the season’s highs and lows and share where they are today. Briana explained that she was hiding behind her mom’s back and dating Jacob because her mom and sister didn’t approve of him. But she also reveals that she was involved with him for seven months, waiting three to four months before having sex with him. She also tells Dr. Drew that she was “safe” and used condoms and birth control. When Dr. Drew asks her where they hooked up since her mom wouldn’t allow him in the house, Briana says “next question.” Briana’s sister, Brittany says that she particularly didn’t approve of the relationship between Briana and Jacob because Briana was too engaged with him. She would be on her phone instead of caring for Nova and that really bothered Brittany. Briana agrees and says that she was really distracted by her relationship.

Dr. Drew then attempts to bring Devoin out to handle the co-parenting issue. Dr. Drew tells Briana that he feels like Devoin was making leeway in the final episode where he was trying to help with Nova’s first birthday party. At first, Briana and Devoin talk civilized but it isn’t long before the two are screaming at each other so badly that Dr. Drew has to physically sit between them. Briana calls Devoin a dead beat and tells him that Nova doesn’t even know who is. She says that only coming by twice a week one week and then once a month the next isn’t a good father figure. When they begin to talk about child support and the fact that Devoin asks for Nova’s shoe size, Briana freaks out. She screams at him that Nova doesn’t need shoes, she needs diapers, wipes, and food. She tells him that he should know what size his daughter is and when Devoin says “you ain’t s***,” Briana’s sister Brittany emerges from backstage. She yells at Devoin and Devoin jumps up off the couch and the two begin fighting. A cameraman has to physically pull Devoin back while Brittany screams “hit me.” As if the altercation can’t get any more low class, Briana’s mom emerges from back stage and removes her high heels. Luckily, Devoin is escorted off the stage and Dr. Drew sits with the three women to discuss what just happened. 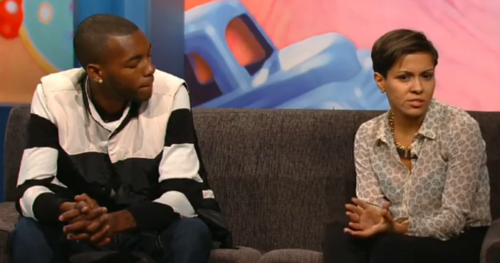 Briana’s mom and sister explain that it hurt them to hear Devoin call Briana those things. They say that it has been one thing after another and that Nova and Briana both deserve better things. Dr. Drew asks if the fact that it’s always three against one could be influenced the negative feelings, and Briana agrees. She admits to Dr. Drew that change has to happen in order for them to be able to co-parent. When Devoin comes on stage alone to chat with Dr. Drew, he promises to pay child support. He also says that he wants to be there for his daughter and that the next step is involving the legal system. Unfortunately, Devoin’s mom has only seen her granddaughter TWICE! Devoin says that he would be okay with Briana coming to his house with Nova just so that his family could see her more. He also says that he will be going to court to get joint custody and visitation rights. Dr. Drew agrees that doing so is a good idea but cautions Devoin that supervised visitation is probably best. Despite the sloppiness on camera, at least both Devoin and Briana agree that a change is imperative. Hopefully they can follow through with it and put their differences aside for Nova’s sake.

Alex shares that she will be going back a real high school next year instead of completing her GED online. Her grandmother has offered to watch Arabella while she goes to school. She says that she hasn’t been dating but has been focused on her three jobs, school, and being the best parent she can for her daughter. When Matt comes up in topic, Alex says that she knew Matt was a drug addict when she first met him, though she had no idea how serious his addiction was. Dr. Drew asks Matt to join them on stage, and a noticeably healthier looking Matt enters. Matt shares that he is one month sober and that he began using heroin at the age of 14. He says that because he never had a father figure, he wants to be a good one for Arabella. When Dr. Drew asks Alex if Matt can see Arabella, Alex says that she will allow it once Matt is three months sober. Matt agrees to a drug test and everyone is surprised when it is revealed that he is telling the truth and is actually 100% sober. Alex opts to not allow Matt to see Arabella anyway because she feels like his coming and going isn’t good for her daughter. It’s great to see Matt healthy and happy. Hopefully he can remain sober forever so he can play a role in Arabella’s life.

Katie shares that she will be attending a four-year university whether Joey supports her or not. She says she refuses to allow anyone to get in the way of her education. Joey says that if she wants to go, he will relocate for her. But he says that Katie’s constant nagging about income really affected their relationship. He says that working in the mines is an extremely scary job but he makes good money. He shares his fear; if Katie can’t be happy with his income now, then she never will. The two have put their differences aside and have begun couple’s therapy because they are back together. Their reunion has Katie’s mom furious who thinks they shouldn’t jump into anything too quickly. Katie’s mom and Katie get into a verbal altercation on stage when Katie tells her mom she needs to learn to forgive and start fresh. Katie’s mom tells Katie that she knows very well about starting fresh since she raised her kids as a single mom when Katie’s dad was arrested for meth and sent to prison. Ouch! In the end, Katie and Joey say that they won’t allow the negative energy to get between their relationship, but that Joey is ready and willing to work on his relationship with Katie’s mom. 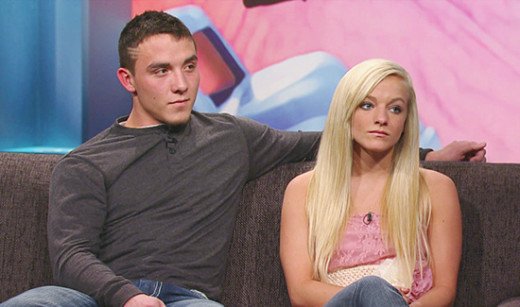 Mackenzie shocks everyone by revealing that the fights between she and Josh were much worse off camera. She says that she cheated on Josh with a flame. She says that at the time she felt ignored by Josh. She says she woke up one morning and realized that she needed Josh and missed their relationship. In retaliation, Josh had a one night stand with a random girl, something that totally crushed Mackenzie. When Josh joins Mackenzie the two share a passionate kiss and vow to become a family again. Mackenzie’s mom is faced with the tough question of birth control when Dr. Drew questions her. He asks her why she is so against Mackenzie’s using of birth control when she is already a mom. Her mom replies that she doesn’t think they should have sex until marriage. Mackenzie disagrees but makes it clear that there won’t be any more babies for a long time as she plans on going to college. Something that we know didn’t prove true since she and Josh were married and she announced her second pregnancy. What are your thoughts? Post your comments below.