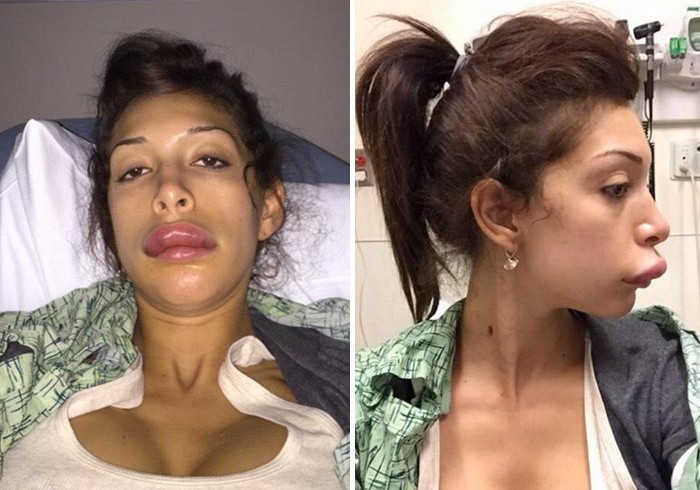 On Tuesday, January 6th, Teen Mom star Farrah Abraham shared pictures of her face that showed off her enormously swollen lips. Farrah says that she decided to have a new procedure done where a plastic surgeon inserts an implant into the lip to save on the cost of frequent lip injections. But Farrah says that she was injected with an anesthetic prior to the surgery which caused her to have a major allergic reaction. She rushed to the hospital where she tweeted:

She later said that she doesn’t regret the plastic surgery and loves her “new look.” Farrah has had multiple plastic surgeries in the past included a nose job, breast augmentation, and lip injections. What are your thoughts? Post your comments below.