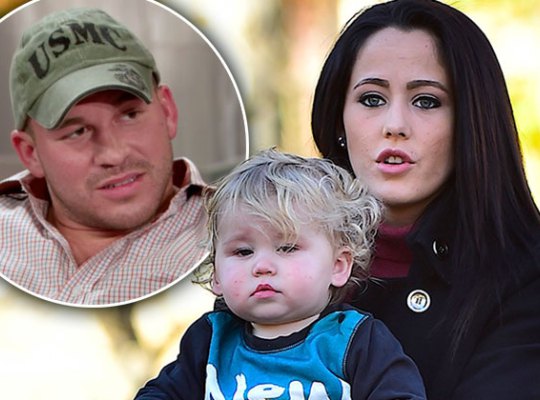 Teen Mom star Jenelle Evans’ ex-boyfriend Nathan Griffin has been officially charged with domestic violence against his on-again, off-again girlfriend Jessica Henry. Nathan was arrested and remains behind bars. Nathan and Jenelle have one son together, two-year-old Kaiser. Jessica reported Nathan for domestic violence on December 12th and according to police reports:

“Upon arrival the victim stated she had a history with the offender who is her ex-boyfriend. The victim stated that tonight they were at a bar together and got into a verbal dispute. When they returned home, Nathan got on top of her and began choking her. Jessica’s roommate claimed to have witnessed Nathan pinning the victim down on the bed.”

Nathan is still facing charges from an August 21st event where Jessica filed aggravated assault and burglary charges against him, where he reportedly “choked” and “gagged” her. Nathan is currently fighting Jenelle in court since Jenelle filed for sole legal custody of Kaiser. Jenelle is currently pregnant with a daughter with her new boyfriend and due to give birth soon. What are your thoughts? Post your comments below.