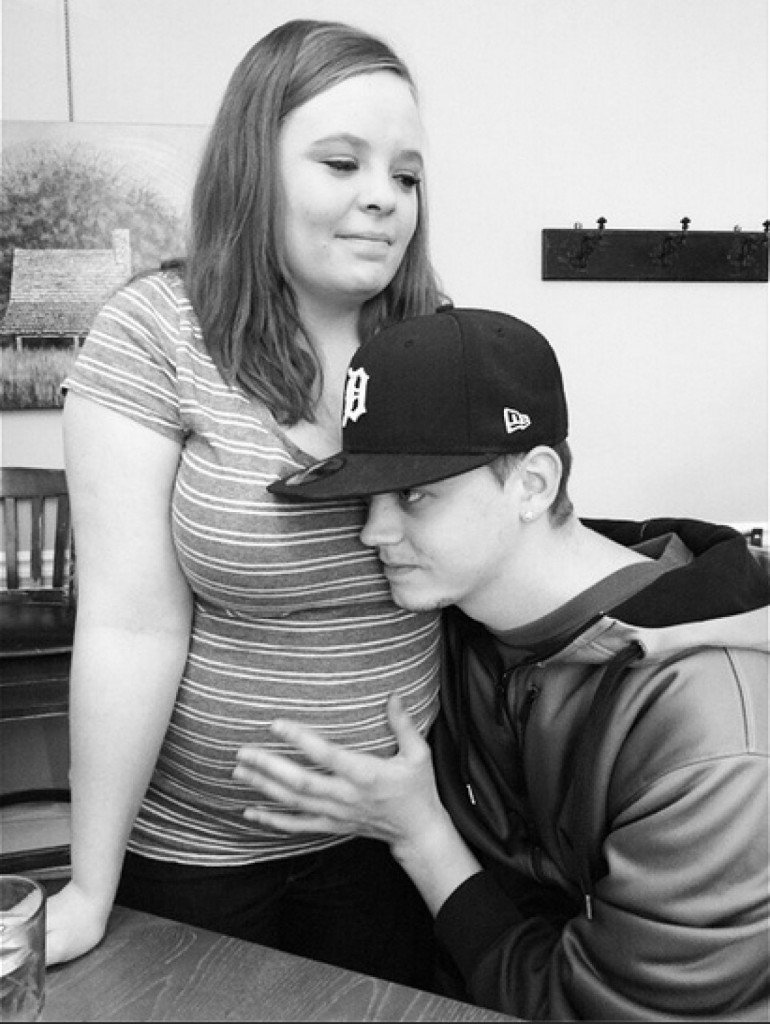 Teen Mom stars Catelynn Lowell and Tyler Baltierra shocked fans worldwide when they announced that they were expecting their second child together. The couple famously gave their first daughter Carly up for adoption on MTV’s hit show 16 & Pregnant. The couple’s hard decision and relationship played out on Teen Mom as they were the only couple without a child. On Thursday, December 4th Tyler tweeted that his fiancée was in labor! Tyler tweeted:

While originally setting a wedding date for July 23rd 2013, the couple called off their wedding after having some difficulties with trust in their relationship. They appeared on VH1’s Couples’ Therapy and have since gotten re-engaged and are currently planning their wedding. Catelynn has said that she hopes that her second daughter will have a relationship with Carly and that they both will understand why they made the choices they did. Since giving Carly up for adoption both Tyler and Catelynn have gone to college, received degrees, and started their own careers. Earlier Catelynn said:

“I’ll never hide anything from my kids. Our child [will grow up] with Carly around her. My hope is that they’ll have a great relationship one day. They’re sisters.”

The couple have kept their baby girl’s name a secret though Catelynn said the name will have a “V” in it. What are your thoughts? Post your comments below.