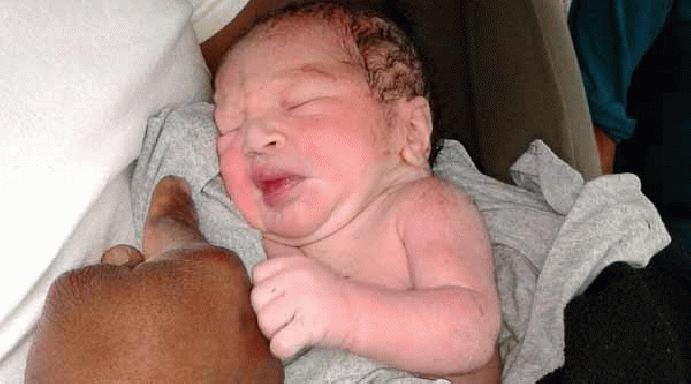 A 16-year-old girl who left her newborn baby in a dumpster earlier this week is set to appear in court on March 7th and the girl and her family could get the baby back. By Texas law the biological family is given at least one year to prove to a Juvenile Court judge that they can provide a safe home for the baby. The baby has been named “Baby Carlos” after the apartment complex manager who found the baby in the dumpster behind the apartment complex. The baby was recovered on Tuesday, February 25th. When questioned by police, the 16-year-old admitted to giving birth in her bath tub and because she thought her baby was dead she threw him in the dumpster. She says she was terrified of her family’s reaction as no one knew she was pregnant.

But a Child Protective Services spokesperson, Estelle Olguin, says that girl and her family still have rights to the child if they wish to pursue custody saying: “She’s the biological mother and until rights are terminated (through the judicial process) until then she’s got rights to the baby.” A judge has allowed the 16-year-old to have supervised visitation with the baby until the court determines who will be appointed legal guardianship. Baby Carlos is currently in custody of the state through a foster home. Per state law an attorney has been appointed to represent the child while a different attorney has been appointed to represent the rights of the 16-year-old mom. To determine if the 16-year-old is fit as a mother she will have to undergo numerous legal proceedings, extensive psychological counseling and testing, and investigations into the 16-year-old’s family life. Harris County Juvenile Court Judge Angela Ellis says:

“We’re not talking about just placing it with her. We’re talking about her aunts, her uncles, you know the grandparents. Other people could be a well structured family for this child. This child is lucky it’s alive. But it’s even luckier now that third parties are going to be looking for what is in the best interest of that child.”

Other similar cases in Texas have resulted in split end results with one child being returned to the birth family and the other baby being adopted. “Baby Aiden” was an infant found next to an apartment complex dumpster in June 2013 in Houston. The baby’s family came forward, asserted their rights as the biological relatives, and were eventually awarded custody of the child. An infant left in a shopping bag outside of a shopping mall called “Baby Chloe” was eventually adopted after her biological parents never came forward. Should the 16-year-old’s family be able to regain custody of the newborn? What are your thoughts? Post your comments below. 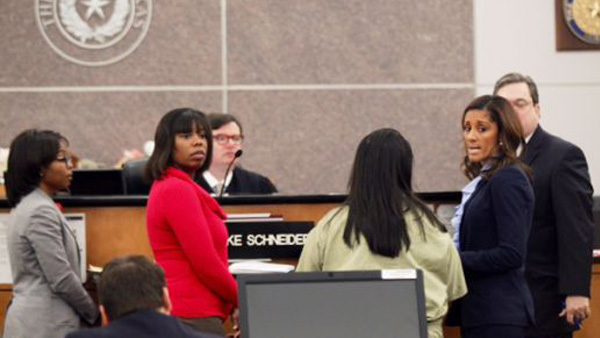 UPDATE: The teen mom was charged with abandoning her child without intent to return, a second-degree felony under Texas law. If convicted, as a juvenile the maximum penalty would be jail until she turns 18. A court hearing for the teenager was held Friday. The baby’s father is believed to be a 22-year-old man. No word yet if he faces any charges.

Florida Mom, 35, Is Filmed Beating Up A 12-Year-Old Girl Outside Middle School For Harassing Her Daughter