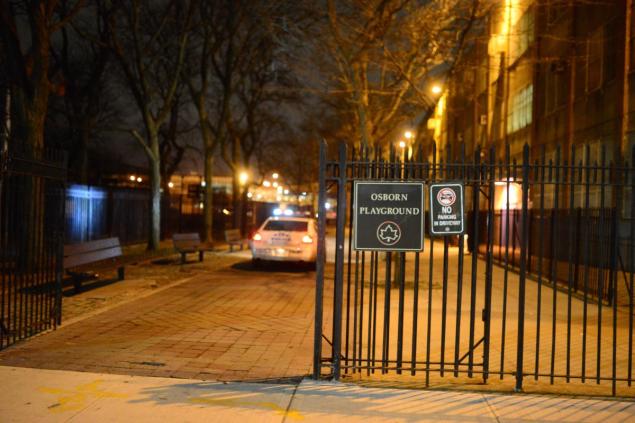 This story gets worse by the minute.

Two teens charged with raping an 18-year-old woman say the sex was consensual — and told cops she was having intercourse with her father in a Brooklyn park when they first saw her, a law enforcement source said Monday.

“It’s very complicated,” the source said, adding both father and daughter appeared to be heavily intoxicated.

“She had significant injuries,” with cuts and bruises, one police official said. “There is very little question her injuries (are consistent) with a significant assault.”

Police have recovered some of the woman’s clothing from the playground. 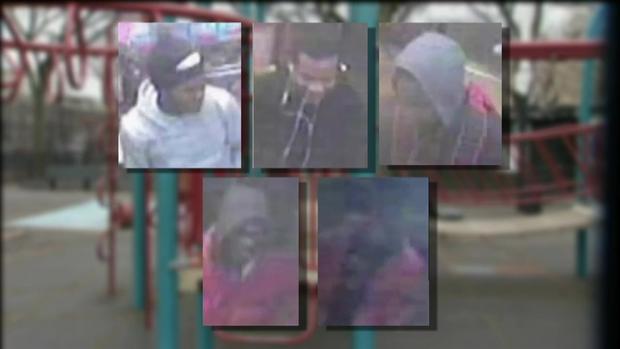 The first two suspects to walk through the precinct door surrendered in the company of their mothers. A third was traced from a call to the NYPD TIPS line, while the fourth suspect came to cops on his own, cops said.

Cops — armed with a fifth suspect’s nickname — were searching Monday for another teen in the incident. They were also looking for the gun that the attackers allegedly pointed at the victim and her father.

Sources said the teen and her 39-year-old dad were drinking beer in the Osborn Playground in Brownsville when the quintet approached, pulled a gun on the dad and told him to leave.

After the father was told to “get the f— out of here,” he left but returned 20 minutes later with two cops.

The father initially went into a bodega and asked to use the phone, but was denied. Then, he waved his arms and flagged down a police car.

Cops found the victim in a very upset state. She bit a police officer in the ambulance, cop sources said.

Not much is known about the victim. She lived outside of New York state until about 18 months ago, police sources said. Community activist Tony Herbert said she may be destitute.