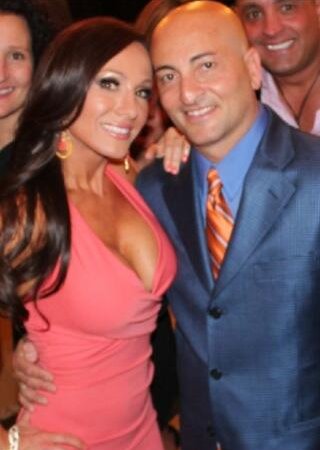 In the trailer for the upcoming season of The Real Housewives Of New Jersey, multiple cast members are seen gossiping about new housewife Teresa Aprea’s husband’s alleged infidelities. But Teresa is remaining adamant that her husband Rino never strayed. Teresa and Rino were married early on but divorced. She remarried with a different man, had a son, divorced, and then Rino and Teresa ended up getting married again 11 years later. Teresa said:

“I could straight out say that [adultery] has never been an issue. Even 20 years ago when we got divorced, one thing, and I can say this wholeheartedly, my husband is not a cheater. Yes, people will talk and people will start rumors but… he adores and cherishes the ground that I walk on. I would never say, ‘I have the perfect marriage.’ But one thing I never have to compete with is another woman. Absolutely not.”

Teresa is not happy that her costars talked about her marriage and the rumors on camera. She said:

“I’m not happy about it. That’s life: You’re going to deal with nasty, disgusting people. To me it just brings more to the show. This is obviously why we are The Housewives. We have strong personalities, thick skin, and I can deal with it.”

In 2010, Teresa was sued by her Capitol One credit card company for an unpaid charge of $1,702.08. When asked about the lawsuit Teresa said:

“A lawsuit? Honestly I don’t even know. I never had a lawsuit with them. I have to be honest with you, if that’s my thing, that $1,000 maybe years ago I forgot to pay, that should be the only negative thing that they could say about me. I have a home. It’s paid off: No mortgage. Maybe I was late on a bill? I think everybody who lives on the planet Earth has been late on a bill. Shame on me if I was negligent and was late on it, but obviously it had to get paid.”

The Real Housewives Of New Jersey premieres on Sunday, July 13th on Bravo. What are your thoughts? Post your comments below.