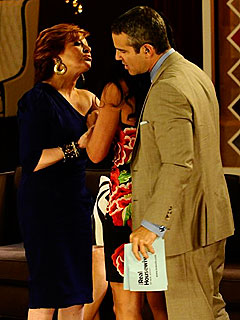 There’s going to be a Real Housewives of New Jersey showdown!

When the feuding stars got together for the upcoming reunion, things got heated right away between Danielle Staub and Teresa Giudice, a source tells PEOPLE.

At one point host Andy Cohen and the ladies’ costar Caroline Manzo had to intervene when Teresa got up out of her chair and started for Danielle, who was sitting across the room. 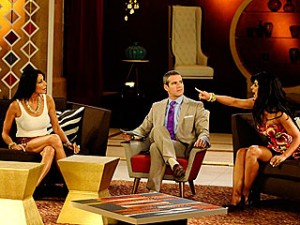 And they did, according to the source, who described the early drama as “tame” compared to what happened later in the show.

Caroline, Teresa & Jacqueline back for RHONJ 3

Caroline, Teresa & Jacqueline back for RHONJ 3