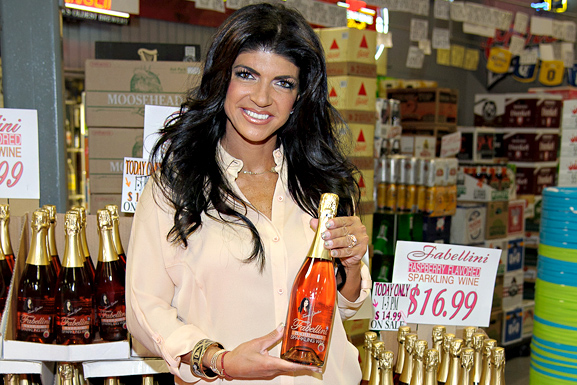 Teresa Giudice won’t be toasting to her release from prison, Radar Online.com has learned: The Real Housewives of New Jersey star has been banned from drinking alcohol while on house arrest.

According to an insider, the terms of Giudice’s release dictate that “Teresa can’t consume any alcohol, at home, not even a glass of wine.”

“Going to a restaurant that serves booze also requires approval,” the source revealed. “Teresa doesn’t mind it because she is just grateful to be home with the family. The probation officer and Teresa are in constant communication daily. Her schedule is also provided to the official.”

As Radar reported, the 43-year-old reality star was back in action at the opening of Gorga’s fashion boutique, Envy, on January 14, 2015.

“She was so zen after being in prison that nothing is fazing her anymore,” an eyewitness previously told Radar. “She had to be told where to stand and what to do and basically did nothing. She wasn’t at all like her old diva self!”

Giudice’s house arrest will end on February 5, and she’ll finally be able to remove her ankle bracelet.