Teresa Giudice Confident She Won’t Be Jailed For Fraud Charges, She’s Planning Party For After Sentencing 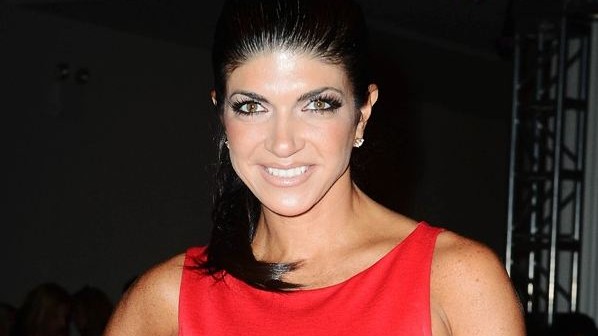 via Radar Online:
Does Teresa Giudice have a secret about her sentencing that she’s not sharing?

Both Teresa and Juicy Joe Giudice are facing years behind bars for their illegal schemes, but her recent actions have those close to her telling RadarOnline.com exclusively that she “so confident” about her future that they believe “she is probably going to get off.”

The legally challenged Real Housewives of New Jersey star is set to face a judge with her husband on July 8 to learn their fate after pleading guilty to felony tax fraud charges, but sent out a Tweet promoting the season premiere of the Bravo show, a party and, of course, her wine.

“Teresa’s arrogance is shocking,” a source close to her told Radar.

“She seems so confident that she is not going to be locked up on July 8! I guarantee she feels like she is probably going to get off.”

Commenters were quick to sling mud at the RHONJ star, sarcastically responding to her Tweet.

“Won’t you be in prison by then?”, “Is the party at the Federal Prison? How about a jailbird theme?”

“It’s been amazing that she can keep up the appearances this long,” the source told Radar.

“Teresa has been hoping that she will get off totally or will only get house arrest and it seems like she’s trying to convince everyone that is what is happening.”