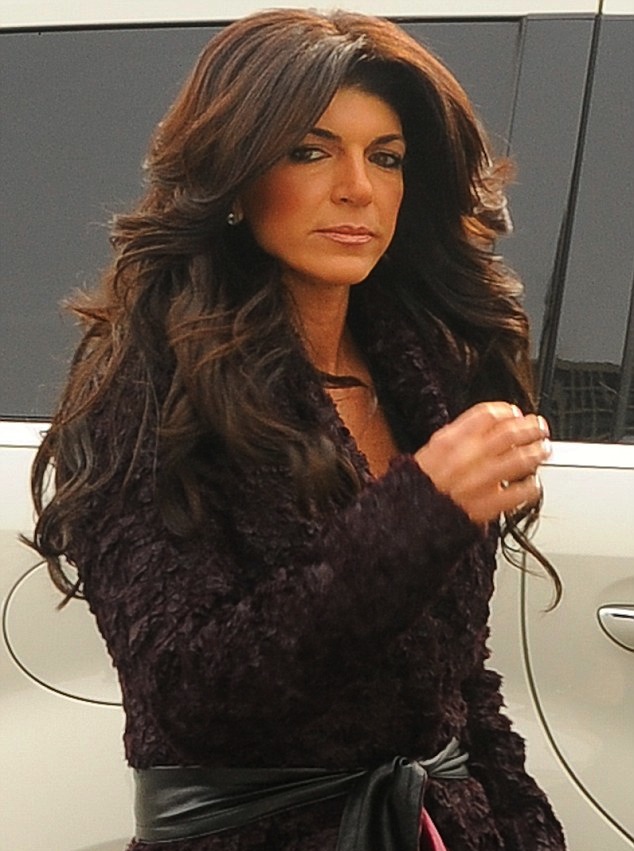 On Tuesday, March 4th, Teresa and her husband Giuseppe “Joe” Giudice pleaded guilty to bank fraud and tax evasion in an attempt to cut a deal and see less jail time. While Teresa faces 27 months in prison, Joe could get 46 months and could also be deported back to Italy as he is not a United States Citizen. Now a source close to the Giudice family is coming forward saying that Teresa hopes to serve her sentence under house arrest so she can take care of their four daughters. The source says:
“Before Teresa is formally sentenced by the judge, she will meet with the United States Probation Department and a report will be prepared. The report will outline recommendations for sentencing for the judge to consider and one of those items will include if house arrest is suitable for Teresa. The fact that she has four children and is the breadwinner for the family will drastically help her when it comes to determining if house arrest is appropriate. You can count on Teresa to plead her case to the judge during her sentencing hearing… She really hopes to serve her prison sentence at home because the idea of going to prison absolutely terrifies her.” 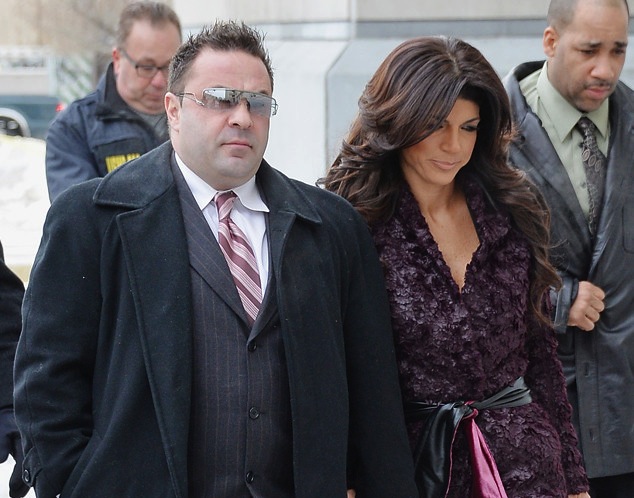 The 41-year-old reality star and Best Selling Author released a statement today in which she revealed:

“Today, I took responsibility for a series of mistakes I made several years ago. I have said throughout that I respect the legal process and thus I intend to address the court directly at sentencing. I will describe the choices I made, continue to take responsibility for my decisions, and express my remorse to Judge Salas and the public. “I am heartbroken that this is affecting my family—especially my four young daughters, who mean more to me than anything in the world. Beyond this, I do not intend to speak specifically about the case outside of court, at the recommendation of my attorney and out of deference to the government and our legal system.”

Teresa and Joe are parents to Gia, 13, Gabriella, 9, Milania, 8, and Audriana, 4. The Giudices were originally indicted in July of 2013 with 39 counts that were upped to 41 counts stemming from a $361,250 mortgage loan that Teresa obtained in 2005 in which Joe falsely states that Teresa was employed as a realtor with a monthly salary of $15,000. Teresa was actually unemployed at the time. Authorities say that the couple filed fraudulent mortgage application from 2001 to 2008 while Joe failed to file taxes from 2004 through 2008. Prosecutors said the couple submitted fake W-2s, tax returns and bank account information to lenders. Prosecutors have also said that the Giudices received about $4.6 million in mortgages, withdrawals from home equity lines of credit, and construction loans. What are your thoughts? Post your comments below.