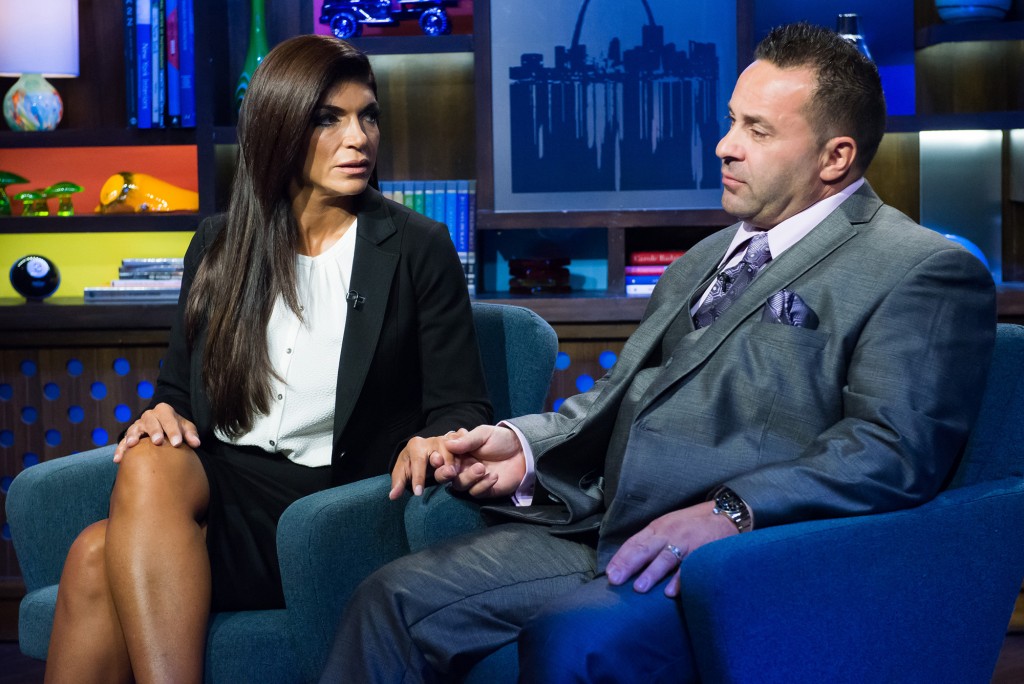 During the Real Housewives Of New Jersey season 9 reunion taping, Teresa Giudice, 46, revealed that if her husband is deported to Italy after completion of his prison stint, she will separate. Well duh. She says, “We will go our separate ways,” a source confirms to US Mag.

Joe was ordered to be deported back to his native Italy in a hearing on the 10th October 2018. The 46-year-old ‘businessman’ appeared at the Pennsylvania hearing via teleconference and was shocked at the decision. “I don’t understand how I can be deported on this case. If you will, I’ll tell you my side. I shouldn’t even be here right now. I have to go back and tell my kids this, and they’ve been waiting to hear from me,”

“Everyone is shocked that Joe is most likely moving back to Italy. Teresa never talks about Joe’s deportation to her friends. She doesn’t like to bring up their legal problems very often, but Joe being deported to Italy is very high up on her ‘never discuss’ list,” a source said.

No one is shocked. Everyone had 3 years to get used to the news.

Teresa previously said at the season 8 reunion that she, “wouldn’t mind”, moving to Italy if Joe was deported. She has also repeatedly denied rumors that she planned to divorce him. Hmmm stay tuned.