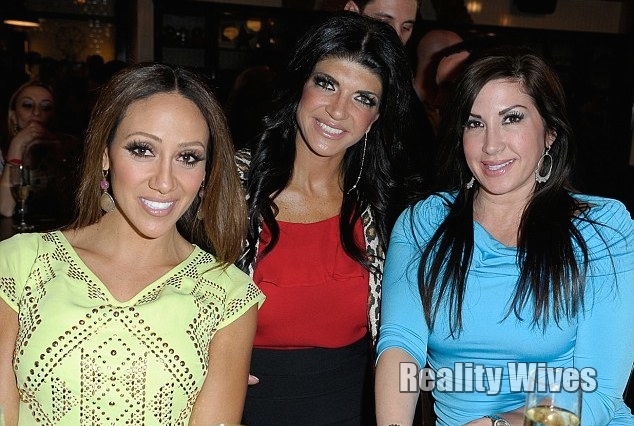 The Real Housewives Of New Jersey will be returning for season 7, of course. Teresa Giudice

, Melissa Gorga and Jacqueline Laurita are confirmed their return.

Melissa says, “We’re back! This season for me is all about family, fun, friendships and fashion. I can’t wait for you to see what we’ve been up to and how much our kids have grown.”

Jaqueline says, “I’m baaaaack! I can’t get enough of my Bravo family! Sometimes a little break is all I need to jump back in and bring my best! Looking forward to new beginnings. XOXO.”

Teresa says, “”I am very excited to be back. For me, this season is all about letting go of the past and embracing the future. People are calling me Teresa 2.0.”

Season 7 will pick up nearly two years after Season 6 in November 2014, the show will follow Teresa as she mends the relationships with sister-in-law Melissa and brother Joe Gorga, following her release from prison in December 2015. Teresa also prepares for her husband, Joe Giudice, to begin his own jail sentence in March. Jacqueline is hoping to fix the relationship she had with Teresa, while also focusing on her duties as a mom to her three kids, including her autistic son, Nicholas.

RHONJ will probably return in late summer, early fall to capture all the drama the early part of this year has for Teresa. What are your thoughts? Post your comments below.