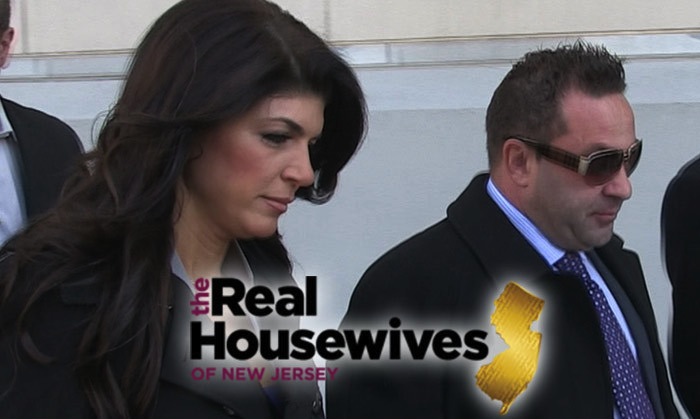 via TMZ:
Teresa Giudice faces around 2 years in prison for some extremely bold fraud but a little thing like that will NOT keep her off “Real Housewives of New Jersey.” Sources connected to the production tell TMZ they are currently filming season 6 and they will EXPLOIT the legal woes of Teresa and hubby Joe Giudice who himself faces 4 years behind bars.

We’re told the season will be wrapped before the pair is sentenced, but producers are going at warp speed to get everything in the can with the Guidices ASAP. The only problem will be the reunion show. Producers are worried Teresa and Joe might be in the slammer by the time they shoot that show which is done last.

It’s actually good news for Teresa and Joe, because the show has become their primary source of income and they need the cash to pay their lawyers and other expenses. Crime meets housewives. Ratings gold.