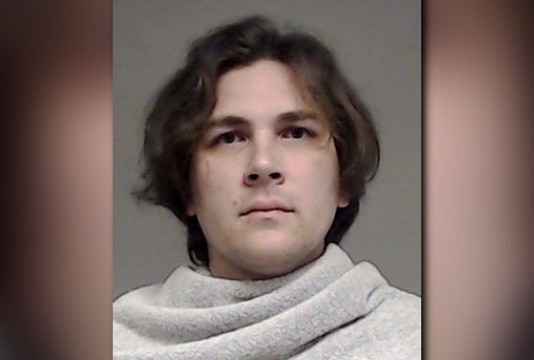 An arrest warrant released Wednesday reveals more information about a father arrested after allegedly leaving his 6-month-old daughter in a hot car, causing her death.

According to the warrant issued for Michael Thedford, the Melissa father told investigators that he took his 5-year-old and 3-year-old children to daycare at about 9 a.m. Tuesday. He stated the youngest child, named Fern according to her grandfather, wasn’t going to daycare that day because she had a virus and was running a fever.

When he went home, Thedford says he forgot the baby was in the car and went inside the house to take a nap.

The warrant states that when he woke up around 1 p.m., roughly four hours later, he said he discovered the baby was in the car and ran outside. He found her unresponsive and took her into the house.

Thedford told police he placed his daughter in the refrigerator “for an undetermined length of time prior to calling 911.”

The warrant goes on to say Thedford told officers he called his wife and 911 while trying to perform CPR on the child. When deputies arrived, they found the baby dead in the kitchen.

While being interviewed by the Collin County Sheriff’s Office, Thedford told deputies he’s an unemployed high school teacher. He said his wife of 12 years is a veterinarian in Plano, and she was at work during the incident.

Stan Thedford calls his son Michael a fantastic, doting dad. He says he can’t speak to how his son forgot Fern in the car.

“Every year at this time it happens to people from all walks of life,” he said of the tragedy. “It’s something we should all be more aware of.”

He says this was a terrible accident, something echoed by another close family friend News 8 spoke to.

“Michael is rocket-science smart,” assistant superintendent Bill Hemby told News 8. “He did a great job for us while he was here. We all had an understanding of how much he loved his children. We’re all in mourning, just like he is.”

Thedford was arrested Tuesday on a charge of manslaughter. He was released after posting a $20,000 bond.

Temperatures in Collin County reached 91 degrees by noon the day the child died.

Child Protective Services is investigating. The two older children are not currently in CPS custody.

“We appreciate everyone’s thoughts and concerns,” Stan Thedford said. “We just need time for our grieving, and to help family get through it.”

Idaho Father Took Pregnant 14-Year-Old Daughter To Missouri To Marry Her 24-Year-Old Rapist; Gets 120 Days In Jail, Rapist Gets 15 Years