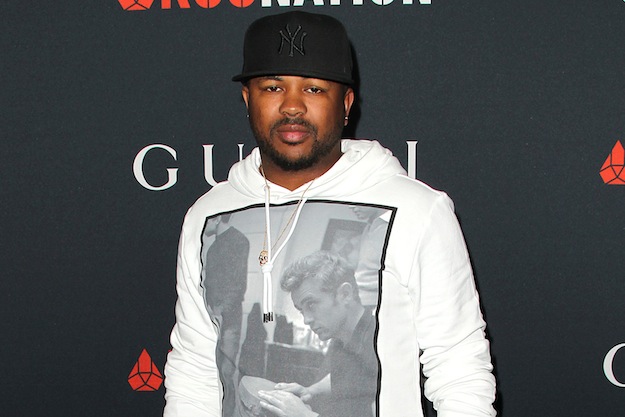 via TMZ:
The-Dream turned himself into cops this morning for an alleged attack on his ex-GF and TMZ has learned he’s been booked for 2 felonies, assault and strangulation.

Law enforcement sources tells us Dream walked into an NYPD precinct at 8:30 A.M. ET, he had been wanted by police for questioning in connection with an alleged assault on his baby mama, Lydia Nam in April 2013.

TMZ broke the story, Nam claims he punched, kicked, and strangled her while she was pregnant with his son. For some reason she didn’t report the incident to police until 7 months later.

According to law enforcement sources, Dream’s been booked for the 2 felonies as well as 3 misdemeanors, assault, reckless endangerment, and child endangerment.